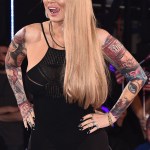 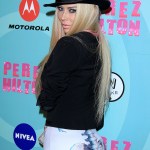 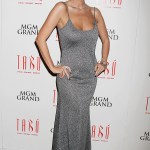 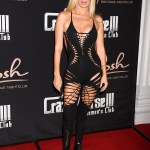 Move over, Tila Tequila. Jenna Jameson is the newest celeb going on outrageous right-wing Twitter rants. The ex-porn star left people stunned on Feb. 21, going on a social media tear that saw her trash Muslims and somehow defend the Klu Klux Klan as the good guys!

While Jenna Jameson, 42, isn’t bragging that she’s a white supremacist, like Tila Tequila, 35, has, the former adult movie actress seemed to come off as pro-KKK during an anti-Islam rant. Jenna tore into an alleged “Muslim rape epidemic,” including a retweet of a dubious-looking report of a “Muslim rape gang.” When she said she doesn’t see “bands of Christian rape gangs,” a user pointed out that the KKK claims to be a “Christian” hate group.

“Do the Klu Klux Klan follow a religion that order the death of apostates? When was the last time we saw a klan member blow up infidels?” she said. When someone pointed out that the KKK “lynched people whose skin was not their shade of white,” Jenna responded by saying they don’t exist anymore. “Thank god they’ve been all but eradicated and forced into obscurity…no thanks to the democrats who created them.”

Do the klu klux klan follow a religion that orders the death of apostates? When was the last time we saw a klan member blow up infidels? https://t.co/JyCNx6Vter

Yes, and thank god they've been all but eradicated and forced into obscurity… no thanks to the democrats who created them. https://t.co/NfSyS6Djj9

Jenna would also say that she disagrees with “following an ideology that abuses women, kills gays, mutilates female children and murders apostates.” Jenna converted from Catholicism to Judaism after her engagement to Israeli jeweler Lior Bitton, according to the New York Post.

So, which is more mind-boggling: that Jenna thinks the KKK is better than Islam, or that she thinks that the organization has been driven into “obscurity?” There are currently 130 active KKK groups in the US, according to the Southern Poverty Law Center. In fact, the KKK’s official newspaper endorsed Donald Trump, 70, for president, per Fortune. Jenna, like the KKK an the Nazi-loving Tila Tequila, also supported Trump’s run to the White House.

As for “Muslim rape gangs,” Jenna must have been watching the same discredited Fox News report that caused Donald to invest a fake Swedish terrorist attack. Sweden, which is known for openly taking in refugees and asylum seekers, has become a target of Donald and other right-wingers. UK Independence Party’s Nigel Farage, 52, have claimed Sweden, with all its refugees, is now the “rape capital of Europe,” according to the Huffington Post.

However, this is not true. Over the past years, Sweden has changed the way sexual assault and rape is recorded. If a single case involves hundreds or thousands of instances of assault over the course of many years, for example, each incident is recorded as a single offense, which inflates number of cases. Even with this new method of reporting, there was a 11% decrease in sex offenses reported to Swedish police in 2015, which is part of a downward trend.

What do you think about Jenna’s rant, HollywoodLifers?