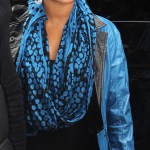 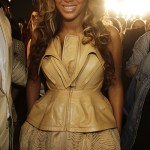 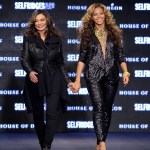 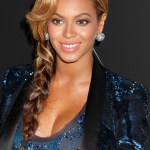 Jay Z’s got 99 problems, but Beyonce’s pregnancy ain’t one! The rapper is ‘super excited’ for the arrival of the couple’s twins, but knows better than to tell his lady love to ‘slow down!’ HollywoodLife.com has the EXCLUSIVE dish.

“Jay Z doesn’t even try to tell Beyonce to slow down, or take it easy, he knows better than that!” A source tells HollywoodLife.com EXCLUSIVELY. “Beyonce is very much her own woman, and will do exactly as she sees fit. Jay just tries to provide her with all the support she needs — they are a great couple like that. She is planing to take a short time off after the twins arrive, but knowing Beyonce she will still be working new music — it’s her life and she’s never not working. They are super excited for the twins to arrive though, and happier than ever.”

One thing Beyonce won’t be doing though is making a surprise appearance alongside Lady Gaga during her highly anticipated Super Bowl halftime show. The two performers are super close — Gaga even sent Bey a gift to congratulate her on her pregnancy news! — but, the 35-year-old has no plans to rock the stage this weekend.

“Bey won’t be performing at Super Bowl, she’s planning to have a nice relaxing weekend at home with Jay and watch the game with a private party. That said, he’s itching to go to Houston, so he may still persuade her to jump on a plane, but right now she’s not into it. She is still performing at Coachella though and plans to go all out.”

Meanwhile, as Hollywoodlife.com previously reported, Gaga has been working flat out in preparation for her big day! She told interviewer (and former NFL player) Michael Strahan: “I work out a lot. I also do the VersaClimber while I sing. I sing while I do it. I sing the show while I’m doing it. The show is full-on cardio. My performances most of the time are. It’s cardio while singing.”

HollywoodLifers, do you think Beyonce will slow down at all during her pregnancy? let us know in the comments below!