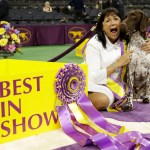 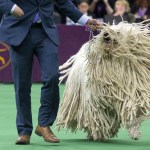 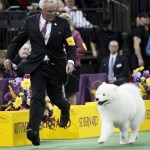 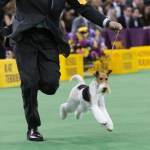 For the first time in 140 years, cats will be featured in the Westminster Kennel Club Dog Show. It’s a huge deal and, as they always do about everything, the people of the Internet have lots of opinions about it.

Only one breed of cats was welcomed to the exclusive club, along with three new kinds of dogs. The feline participants will all be of the Bengal variety, with one cat already standing out from the pack. “There’s so much love out there in the world,” says Bengal breeder Anthony Hutcherson, “why just limit it to dogs and puppies?” Hutcherson’s three year old cat, with a mouthful of a name, is set to be one of several that will be featured during a “meet the breeds” event. Jungletrax Abiding Ovation, 3, is how the little lady is known on the circuit and she’s already a social media sensation.

Kardashian Pets Over The Years — Pics

“It’s a celebration of dogs — and now cat — but it needs to be a little bit of everything for everybody,” explained Westminster spokesperson Gail Miller Bisher. “That’s what we like about it.” In addition to Bengals, the show will now feature the American Hairless Terrier, the Sloughi, and the Pumi. And while we’re dying to see which animal will come out on top, you’ll have to wait along with us until the competition begins Feb. 11.

HollywoodLifers, what do you think about cats coming to the dog-dominated party?! How much of a chance does Abiding Ovation stand at taking home the top prize?