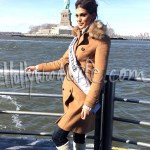 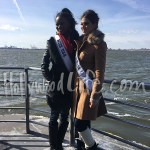 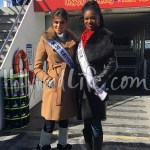 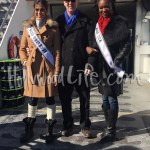 She’s beauty and she’s grace — she’s Miss Universe 2016! Huge congratulations are in order for Miss France, who blew us away with her poise, elegance, intelligence — and who could forget that bikini body! Here’s everything you need to know about Iris Mittenaere!

Iris Mittenaere, 24, was named Miss Universe 2016 on Jan. 29 and all is right in the world again. The compeition wasn’t easy, but Miss France managed to fight her way through the swimsuit, evening wear, and question round. In the end, Iris took out Miss Haiti in the finals and earned herself that dazzling crown!

Of course Donald was a popular (and very controversial) topic tonight. Miss Kenya‘s answer about his presidency unfortunately fell flat with the judges, but Miss France was able to impress! Iris is against the Muslim ban, and believes the US should have open borders — just like France!

As Miss Universe, it’s no surprise that Iris is a worldly woman! Miss France has posed alongside famous landmarks in Dubai, the the United Arab Emirates, Belgium, Italy, China, and the list goes on. She even has a picture on the Great Wall! Naturally, her favorite spot is the Eiffel Tower in Paris.

You might have guessed it because she’s so beautiful, but Miss France is also a model! She competed in Miss Universe 2015 but was succeeded by Pia Wurztbach. Iris was crowned Miss France in 2016.

Fitness is very important to Iris…and so is FOOD! Iris’ Instagram page proves she’s got a healthy appetite and loves pizza, ice cream, and sushi. To stay in shape, Iris swims, practices tennis, and enjoys adventures around the world.

HollywoodLifers, how excited are you that Miss France won? Were you rooting for her the whole time?