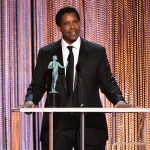 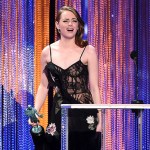 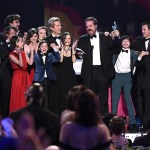 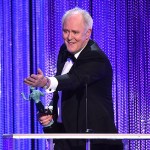 Now that’s a win! Denzel Washington was crowned the Outstanding Male Actor of 2017 at the SAG Awards, and his enthusiastic speech paid tribute to the playwright behind his film, ‘Fences’.

Denzel Washington, 62, hopped on the 2017 SAG Awards stage totally thrilled to win the Outstanding Male Actor category for his incredible role in the film adaptation of August Wilson‘s Fences. As he accepted his award, Denzel dedicated it to the American playwright as well as many other artists in his touching and heartfelt speech.

“You know, I’m a God fearing man, I’m supposed to have faith but I didn’t have faith,” Denzel told the crowd, all of whom cheered wildly when his name was called. “This, God bless you all, all the other actors. I said, well you know that young boy’s gonna win, Denzel, you ain’t gonna win, so I didn’t even prepare, but I am prepared.

“Tennessee Williams, Arthur Miller, Eugene O’Neil, Edward Albee, August Wilson, first,” he continued, then revealing he first received the screenplay for Fences seven years ago. “SAG, listen, we’re just actors. You know, I’m famous and all that kinda stuff but I have the same fear opening night or the first preview that anybody else has. We all have the same job and this is not a testament to me, but it’s a testament to August Wilson,” he added, saying he wanted to thank “the guys that don’t get recognized.” Aw!

Denzel gives it up for “The guys that don’t get recognized!” #sagawards pic.twitter.com/Z8Q6c5uNpF

Of course Denzel could not leave the stage without thanking his stunning co-star. “Oh, one last thing, to Viola Davis!” So sweet, and she appeared more than happy for her friend as she cheered him on from the audience!

Tell us, HollywoodLifers — What did YOU think of Denzel’s win? Did he deserve the SAG award? Comment below!