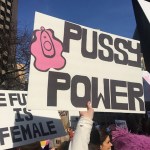 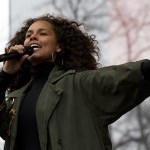 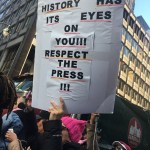 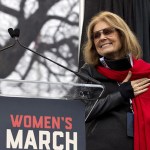 Vice President Mike Pence announced at the March of Life today, Jan. 27, that he’d love for President Donald Trump’s Supreme Court pick to be a justice committed to overturning ‘Roe v. Wade’ — the ruling that made abortion legal. If you participated in the Women’s March but want to do more to protect your reproductive rights, here’s how you can fight back.

Women all over the country aren’t waiting for Democratic politicians to lead the fight to keep abortion legal. We’re standing up against people like Paul Ryan, who spoke at the March of Life in Washington, D.C. and praised President Donald Trump‘s executive order to defund Planned Parenthood. We are fired up after the women’s marches that took place all over the world last weekend, and we are turning our passion into action.

Over 2.5 million people marched last weekend in every state, sending a message loud and clear: we want to make our own decisions when it comes to our reproductive health. But many have asked — what’s next? How can we continue to fight? What do we do?

Here are some suggestions.

1. Daily Action: Text the word DAILY to the number 228466 (ACTION), to receive a text message about an urgent progressive issue in your area.

A recorded message will direct you to your senator or member of Congress, and you can make that phone call while you’re in line at Starbucks. Easy.

2. Get involved with a grassroots organization.

Swing Left, Justice Democrats, Run for Something, and 10 actions for the first 100 days, are just a few causes that you can participate in.

You can donate, share stories, help the Planned Parenthood Action Fund fight via electoral action and more. Check it out right here.

HollywoodLifers, if you want more, The Human Rights Campaign also has an excellent list of tips. Tell us — are you taking action against anti-abortion policy?