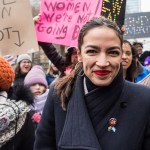 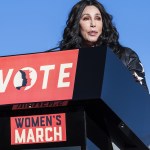 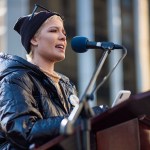 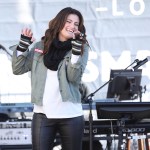 We’re so inspired by all of the hundreds of thousands of women participating in the Women’s March on Washington on Jan. 21, but one speech really made a special impact. You need to hear what America Ferrera said in Washington, here!

We were left breathless by America Ferrera‘s speech at the Women’s March on Jan. 21. After a long day of inspiring chants, posters and songs, America tied it all up perfectly when she said during her rousing speech,”We will not give our rights to safe and legal abortions, we will not ask our LGBTQ families to go backwards, we will not go from being a nation of immigrants to a nation of ignorance.” Read and watch her full speech below.

“As a woman and as a proud first-generation American born to Honduran immigrants, it’s been a heartrending to time to be both an immigrant and a woman in this country,” the actress said. “Our dignity, our character, our rights have all been under attack and the platform of hate and division assumed power yesterday. But, the President is not America, his cabinet is not America, congress is not America, WE are America. And, we are here to stay. “

“We march today for our family and our neighbors, for our future, for the causes we claim and for the causes that claim us,” the 32-year-old continued. “We march today for the moral core of this nation — against which, our new President is waging a war. He would like us to forget the words ‘give us your tired, your poor, your huddled masses, your need to be free’ and instead, take on the credo of hate. We are gathered here across the country and the world to say Mr Trump we refuse.

“We reject the demonization of our Muslim brothers and sisters, we demand an end to the system murder and incarceration of our black brothers and sisters, we will not give our rights to safe and legal abortions, we will not ask our LGBTQ families to go backwards, we will not go from being a nation of immigrants to a nation of ignorance. We won’t build walls and we won’t see the worst in each other and we won’t turn our backs on the more than 750,000 young immigrants in this country.

Women’s March: See Pics Of Celebs That Planned To Protest

“Together we, all of us, will fight, resist and oppose every action that threatens the lives and dignity of any and all of our communities,” America concluded. “Marchers, make no mistake. We are, every single one of us, on attack. Our safety and freedom are on the chopping block and we are the only ones who can protect one another. If we do not fight together…we will lose together.”

So many inspiring women took part in the Women’s March on Washington and sister marches across America. Stars like Miley Cyrus, Ariana Grande, Olivia Wilde, Debra Messing, America Ferrera, Chloe Moretz, Jessica Chastain and so many more were willing to brave the elements and march to raise awareness for important issues surrounding racism, sexist, women’s health, abortion rights and more, and to show Donald Trump that we won’t stand for injustice. Some gave speeches, some simply walked in solidarity with their sisters, but they are all role models. Keep up the good work girls!

HollywoodLifers, were you as inspired by the passionate speech as we were? Let us know!