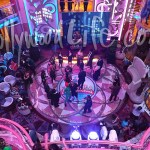 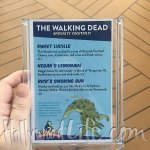 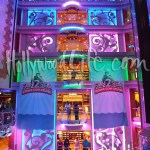 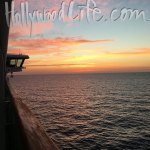 Season two of ‘Stranger Things’ is officially underway, and we can’t wait! During the cast’s panel onboard the Fan2Sea Comic Con cruise on Jan. 21, David Harbour dropped a few spoilers about what’s to come, and HollywoodLife.com was there to hear it all.

Stranger Things recently announced that season two would include some new cast members, including Sean Astin, Paul Reiser, and Linnea Berthelsen. However, we didn’t know much about The Goonies alum’s role, except that he was a former classmate of Hopper (David Harbour) and Joyce (Winona Ryder).

“We have Sean Astin… he’s Winona’s new boyfriend — much to the chagrin to the Chief of Police,” David said during the panel laughing, along with cast members Gaten Matarazzo, Caleb McLaughlin, Shannon Purser,  Randall Havens and Catherine Dyer, and Art Director Bill Davis. Of course the cast can’t say much about this coming season, but David knows how to tease a little bit.

He also added that the “Justice for Barb” idea will come into play, but no, unfortunately Barb does not come back but rather lives on in everyone’s hearts. “The question and the feelings that Nancy has that no one ever cares about her friend Barb, are very much present in the beginning of the season.”

HollywoodLifers, are you excited for Stranger Things season two?