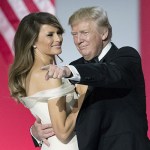 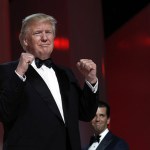 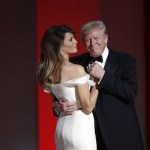 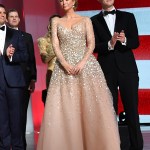 Has the Trump family been struck by another speech stealing scandal? Sharp-eared inauguration viewers on January 20 have pointed out that one chunk of President Donald Trump’s inaugural speech seemed awfully familiar. That is, if you’re a Batman fan! Compare and contrast in the hilarious video!

Does the phrase “and we give it back to you, the people” ring any bells for you? Well, some extreme fans of The Dark Knight Rises realized that this line from President Donald Trump‘s inaugural speech was said in the movie by none other than vicious villain Bane! Uh oh…

Bane, played by Tom Hardy in the 2012 movie, was a revolutionary and persuasive leader who changed the landscape of Gotham to cater to its poor working class. Well, that’s what he said he was doing. Bane’s incendiary words sparked riots throughout the city and gathered its criminals together to work toward overthrowing the stock market and the Batman.

He did all this through powerful speeches, telling them that they deserved “justice” over the “corrupt” Gotham elite and government that had “enslaved” them. In one such speech, he declared martial law and announced that the city was now theirs because of him — “and we give it back to you, the people”

That’s…definitely not the person Trump wants to be compared to right now. The comparison and allegation of plagiarism is all in good fun; nobody thinks that he watched Batman villain speeches and took notes. But it’s certainly a terrible coincidence on inauguration day. Trump’s entire speech was surprisingly tame (you can read the full transcript HERE), save for one small diss toward Representative John Lewis, 76.

Trump spoke of no longer accepting “politicians who are all talk and no action constantly complaining but never doing anything about it,” which seemed to be a nod toward his fight with the civil rights icon. He accused the Georgia rep of being “all talk and no action” just a week before on Twitter.

HollywoodLifers, do you think Trump’s speech is too similar to Bane’s? Tell us in the comments!