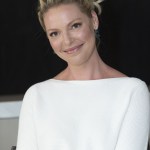 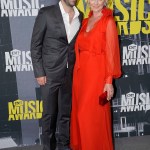 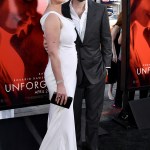 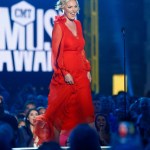 It’s a BOY for Katherine Heigl & her hubby Josh Kelley! The adorable couple are officially three-time parents now that the actress has given birth for the very 1st time — SO exciting! The couple are already adoptive parents to two adorable little girls and we’ve got the new baby boy’s name right here!

Katherine Heigl, 38, and her husband Josh Kelley, 36, sure can keep a secret! The couple welcomed their third child — and first biological baby — into the world back on Dec. 20 but just announced the news of son Joshua Bishop‘s arrival on Jan. 16. Katherine and Josh are already proud parents to two adopted little girls: Nancy Leigh (Naleigh), 8, and Adalaide Marie Hope, 4, and now have a son as well! We’re sure Naleigh and Addey are over the moon about having baby brother Joshua.

The former Grey’s Anatomy star announced her pregnancy back in June by telling People magazine, “The Kelley clan is thrilled to announce that we are expecting a third addition to our family. Naleigh and Adelaide could not be more excited to welcome their new sibling into the fold and Josh and I are overflowing with joy and gratitude.” Aww!

For all you gestating ladies out there check out Those Heavenly Days for my "Pregnancy Favs…Thus Far" and get some tips and tricks for feeling more comfortable inside and out while growing a life! thoseheavenlydays.com

Josh told HollywoodLife.com EXCLUSIVELY before his son’s birth that, “You know what I was doing was that I conditioned my brain not to care. And if I figured my brain not to care then you know, I don’t know…between me and you I was pretty stoked for it to be a boy because I am surrounded by girls! My two kids, my wife, my mother in law lives up the street, a nanny and then it is just me. It is going to be nice, he will be my little golfing buddy! But I wouldn’t care either way obviously.”

The blonde beauty and her singer/songwriter husband adopted their oldest daughter from South Korea back in September 2009 when she was nine months old. Three years later, in 2012, the couple adopted Adelaide domestically. We’re so happy they expanded their sweet family once again as the pair have always said they’ve wanted a big family.

“We would love more children and Josh and I are in negotiations over how many more. I’d like two more, he thinks three’s a nice number, so we’ll see!” Katherine told Hello! magazine after adopting Addey nearly five years ago. Congrats again, you two!

Tell us, HollywoodLifers — are you excited Katherine and Josh expanded their family? Send the happy couple your congratulations below!