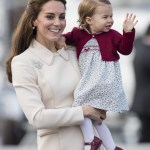 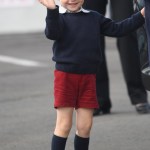 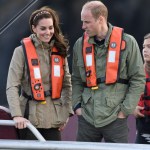 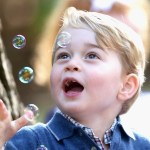 Before Diana Spencer was even born, there was another young, glamorous and beautiful Princess who captured the hearts and minds of the public. Her name was Margaret Rose, and she was the original Royal ‘bad girl.’ Throughout her life, Margaret was linked to a slew of handsome men, and lived a hard partying, jet setting lifestyle that would leave even Paris Hilton in the shade. HollywoodLife.com has 5 facts about ‘The Crown’ Princess.

Princess Margaret Rose was the first British Royal to be born in Scotland for over 300 years. She was welcomed into the world on Aug. 30. 1930, in the picturesque village of Glamis, in Angus. Glamis is the family seat of her mother, the late Queen, Elizabeth Angela Marguerite Bowes-Lyon, and home to the spectacular Glamis Castle, the residence of the Earl and Countess of Strathmore and Kinghorne.

2. Thrust into the spotlight.

Margaret was set to live a relatively peaceful and low-key life, but that all suddenly changed in 1936 after her uncle, King Edward VIII gave up his right to the throne to marry American-born, twice-divorced, Wallis Simpson. Edward’s abdication forced his brother, George, to take up the Royal mantle, and 6-year-old Margaret’s life was changed forever as she became second-in-line to the throne, behind her older sister Elizabeth.

Margaret embarked on her first foreign tour when she was just 17. Alongside her mother, father and sister, Margaret toured southern Africa, and a life-long love of the continent was born. Margaret returned to Africa many times throughout her 71-year life. She later remarked that she remembered “every minute” of her first African trip.

Before Sarah Ferguson burst onto the scene, and caused scandal after scandal — hello, toe sucking, anyone?!! Margaret was the original Royal bad girl. Known for her hard-partying, chain smoking, boozing and jet-setting lifestyle, Princess Margaret had a rolodex packed full of celebrity pals, and a scandalous, colorful love life to boot. Margaret had her first taste of heartbreak at the tender age of 22, when, shortly after the death of her father, she fell in love with her mother’s comptroller, Group Captain Peter Townsend.

The former military-man was not only 16 years older than Margaret, but also a father-of-two and a divorcee to boot. Back in the 1950s it was forbidden by the Church of England for a divorcee to marry inside of a Church, and Margaret was ordered to either relinquish her title, and claim to the throne — like her uncle before her — or break off her engagement to Captain Townsend. She chose the latter. Margaret later went on to marry photographer, Anthony Armstrong-Jones, which caused ripples throughout the Royal world due to his lowly “commoner” status. The couple had two children together, son, David, and daughter, Sarah. They eventually divorced in 1978, following years of fighting and alleged affairs on both sides.

Margaret made her last public appearance in Dec. 2001, when she attended the 100th birthday celebration of her aunt, The Duchess of Gloucester. After suffering a number of health issues over the previous twenty years, the frail and sickly Margaret was wheelchair bound and a mere shadow of her once vibrant self. She died just two months later on Feb. 9. 2002, after suffering a series of strokes.

HollywoodLifers, did you watch the Netflix series, The Crown? What did you think about how Princess Margaret was portrayed in the show? Let us know in comments below!