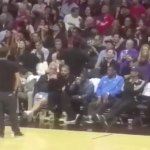 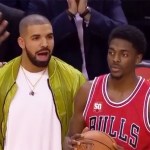 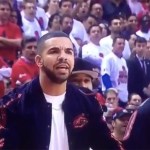 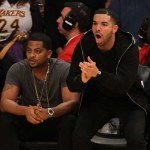 Drake is taking the high road when it comes to Meek Mill challenging him to a punch-up. He turned down the fight opp, believing he would ‘kill’ Meek if it came to blows. Instead, Drizzy wants his enemy to ‘gracefully take a bow’ and bail out. Here’s the EXCLUSIVE!

Looks like the Rapper Fight Club just lost two members. Everyone’s favorite Canadian, Drake, 30, won’t take Meek Mill, 29, up on his boxing match offer, fearing it would just be a complete embarrassment for the Philly-born hip-hop artist. “Drake is too nice of a man to kick a dog when he’s down,” a source tells HollywoodLife.com EXCLUSIVELY. “He’s not going to give any thought to fighting Meek.” Awww!

“Meek must be a glutton for punishment,” the source continues. “Drake already knocked him out of the rap game, and now Meek wants to get TKO’d in the ring? He’s already a joke of a rapper in hip hop. Nicki [Minaj] dumped him. The last thing he needs is for Drake to kill him in the ring. Drake would much rather him just gracefully take a bow and disappear.”

Ouch! That’s gotta hurt more than going twelve rounds in the ring!  As HollywoodLife.com previously reported, Meek (real name Robert Rihmeek Williams) challenged Drake to a smackdown in a video he posted on Jan. 12. The former Mr. Minaj, claimed he would get into the ring for a cool $5 mill, and that Nicki, whom he split from back in Dec. 2016, could watch the whole thing go down. Say what?!!

Well, sorry Meek, but Drizzy ain’t biting — or boxing, for that matter. However, there is some good news! Mill could still conceivably get his $5 mill payday (yeah, right!!) if Brooklyn-born rapper, Safaree Samuels, jumped onto the boxing bandwagon in place of Drizzy. “Drake don’t got time, but I do,” announced Safaree. Game on!

HollywoodLifers, do you think Drake should fight Meek Mill? Weigh in with your thoughts in the comments below!