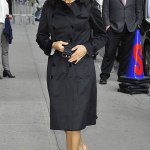 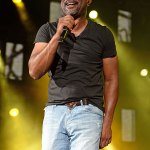 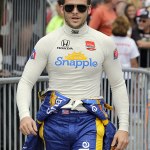 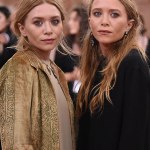 So spooky! Here’s a list of 13 well-known stars that were born on Friday the 13th, believe it or not! They include Ashley and Mary-Kate Olsen, Kat Dennings and more!

How could Friday the 13th really be bad luck when it’s given us so many awesome celebrities? No, seriously — more than a dozen of Hollywood’s own were born on Friday the 13th over the years, and you’re going to be super surprised when you find out all of their names.

Let’s start with the Olsen twins, Ashley and Mary-Kate, now 30 years olds. They were born on Friday, June 13 in 1986 and shortly after captivated America by alternating as Michelle Tanner on Full House. Unfortunately the girls gave up acting, but they became fashion moguls instead. So cool!

Next up we have race car driver Marco Andretii, 29, who was born on Friday, March 13 in 1987. The hunky sportsman is the third generation professional driver in the Andretti family, and drives the #27 car for Andretti Autosports in the IndyCar Series.

Yes, even Veep star Julia Louis Dreyfus, 56, was a Friday the 13th  baby! On January 13, 1961, Julia was born in New York City. Decades later she became TV royalty on Seinfeld, which just so happened to take place in New York!

Plus, country crooner, Darius Rucker, 50, was also born on Friday the 13th! Originally known as the lead singer in Hootie & The Blowfish, Darius was born on Friday, May 13 in 1966.

But, this is only a small handful of the Friday the 13th celebs! Others include Steve Buscemi, Christopher Plummer, Kate Walsh, Bernie Williams, Nate Silver and more were also born on the creeptastic holiday. Check out the gallery above to see them all!

Tell us, HollywoodLifers — Did YOU know all of these celebrities were born on Friday the 13th? Which one is the most surprising to you? Comment below!