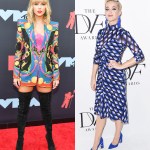 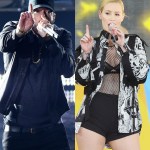 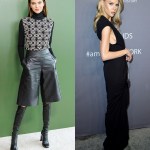 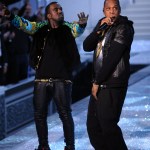 Andy Cohen has brought to the surface a number of celebrity feuds, and Charlie Sheen is the latest to fall into his trap! In a hysterical game of ‘Plead The Fifth’ on ‘Watch What Happens Live,’ Charlie is backed into a corner to rank his co-stars from favorite to least favorite, and he has a few fighting words for Selma Blair and Jenny McCarthy!

There’s no question that Charlie Sheen has a long list of people he has publicly feuded with over the years. From Ashton Kutcher to Chuck Lorre, to all of his ex-wives, it’s none too surprising that Andy Cohen brought up his quarrels with co-stars on the Jan. 11 episode of Watch What Happens Live. In ranking his favorite co-stars to work with, Charlie dissed both Selma Blair and Jenny McCarthy, who has had long-standing beef with.

“Rank these leading ladies from favorite to least favorite to work with,” Andy asked during his game Plead The Fifth, in which celebs are allowed to choose one question to not respond to. “Selma Blair, Lindsay Lohan, Jenny McCarthy, Heather Locklear,” Andy listed off the options. Unfortunately for Charlie, he had already used up his Fifth Amendment on an early question about his most surprising celebrity hook-up.

“Heather, and then Heather,” he said of his Sin City counterpart. Andy, knowing full well where this was going, repeated his list. “You have Jenny, Lindsay, Selma.”

“Well, Lindsay’s a trip. She’s work but she’s cool. She’s fun to look at,” the 51-year-old giggled. Of the two ladies leftover, Selma and Jenny, Charlie said he would like to “mash those two together then kick them to the curb. They deserve each other.”

Jenny and Charlie’s clash stemmed from the radio host’s comments on his HIV diagnosis. “I don’t even know how to feel about that,” Jenny said on her talk show Dirty, Sexy, Funny after Charlie revealed his diagnosis. “Before doing a job, we have to sign papers that say, ‘Do you have cold sores?’ and you have to sign a release that says, ‘Yes, I have cold sores,’ and you have to show the medication. [But] if I have to be so upfront about a herpe, how could you not be upfront about HIV?”

In a statement to People, Charlie’s rep confirmed that he was infected long after he left Two And A Half Men.

Selma Blair and Charlie Sheen also had a very public feud back in 2013 while both were on the sitcom Anger Management. The actress was ultimately fired due to the squabble after Charlie threatened to leave if she wasn’t. Clearly, there’s still some bad blood!

HollywoodLifers, what do you think of Charlie’s comments on Selma and Jenny? Let us know!