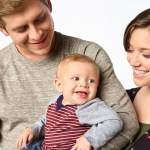 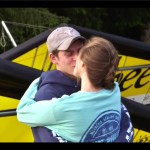 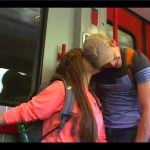 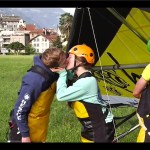 This is shocking. Austin Forsyth has been courting Joy-Anna Duggar and the pair have been getting physical according to a new report. Did Joy-Anna think she was pregnant?

Joy-Anna Duggar, 19, has reportedly not been following the Duggar family rules for dating. The ninth of Jim Bob, 51, and Michelle Duggar’s, 50, nineteen children Joy-Anna has been “courting” with longtime friend Austin Forsyth, 23. Apparently the young couple are not supposed to hold hands until they are engaged or kiss until they’re married, but they allegedly have moved beyond that according to a new report in the Star magazine. “Despite this ‘courting’ nonsense, Joy-Anna and Austin have actually been having sex together for a year!”

Click Here To See More Pics Of The Duggar Family

Yikes! “Jim Bob and Michelle can preach all they want about their children’s chastity,” a source told the magazine. “She [Joy-Anna] and Austin went way past hand-holding stage a long time ago – and it led to them getting the fright of their young lives.” Apparently Joy-Anna  got worried that she might be pregnant. The young couple allegedly made the decision to tell Joy-Anna’s conservative parents.

Joy-Anna and Austin’s fears turned out to be just a scare when they found out she was not reportedly pregnant, but the damage was allegedly done. “That was obviously a huge sigh of relief for everyone concerned, but it didn’t erase the horror for Jim Bob and Michelle that they had come closer than close to having another family sex scandal on their hands!”

Some family members privately were not too thrilled when Josh returned from rehab and did not him near their children. Ugh this whole thing is just awful. “Here are people in the extended family who definitely won’t bring their children near Josh. Who would want their kids around him after all he’s done?” a source told In Touch back in March 2016.

HollywoodLifers, what do you think about this crazy story? Sound off in the comments below!