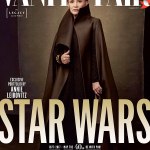 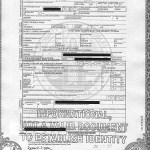 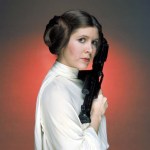 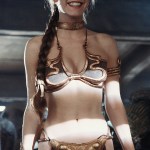 Jaime King spoke to HollywoodLife.com at the Art of Elysium Heaven Gaga in Los Angeles on January 7, and got emotional speaking about her dear friend Carrie Fisher. To Jaime, the last actress was ‘more than just a princess’; she was a ‘gracious’ soul who meant the world to her. Click through to read our EXCLUSIVE interview.

“[Carrie Fisher] meant to me what she meant to this whole planet,” Jaime King, 37, told HollywoodLife.com EXCLUSIVELY when we caught up to her at the Art of Elysium event. “You know, I met my husband on a film called Fanboys that was all about a young boy who was dying of cancer, and who wanted to see the last episode before he passed away. Carrie graciously just hopped on a plane and came and did his film.

“I’ve known Carrie because she graciously hosted my best friend’s wedding. I’ve worked for Lucas Films for many many years and I am very very close with that family,” Jaime continued, tearing up. “I don’t really know how to put into words what it is other then she was so much more than just a princess and a slave costume, she was a genius writer and comedian and humorous human being and fighter for mental illness. She was an advocate, she was an incredible mother, an incredible human being.”

How beautiful! What a fitting tribute to such an amazing woman. Her loss has been deeply felt by all of her friends, and that fact becomes more and more apparent each day. Another of Carrie’s dear friends, Meryl Streep, 67, used part of her time onstage at the Golden Globes on January 8 to speak about her passing. Meryl’s powerful speech spoke to today’s political climate, and ended with a quote from Carrie. Her voice shaking, Meryl said,  “As my dear departed Princess Leia once said, ‘Take your broken heart. Make it into art.’” There wasn’t a dry eye in the room.
HollywoodLifers, what did Carrie Fisher mean to you? Tell us in the comments!