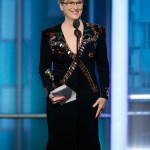 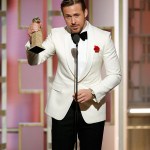 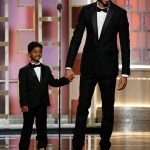 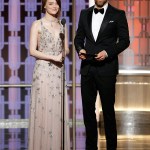 So sweet. The Golden Globes did not forget Prince, Alan Thicke, David Bowie or any of the stars who passed away in 2016. They memorialized all those special talents by posting a memoriam full of beautiful photos. Keep reading for all the details on the touching tribute.

The 2017 Golden Globes, hosted by Jimmy Fallon, at the Beverly Hills Hilton in California, on Jan. 8th, was the biggest award show party of the year. While many fans watching at home may feel like some of their favorite stars who passed away in 2016 were completely forgotten, that simply is not the case. The producers of the Golden Globes created an entire webpage full of pictures paying tribute to stars we lost including, David Bowie, Alan Thicke, Prince, Muhammed Ali and many more. Check out the touching tribute HERE.

The memoriam page includes countless photos of every single artist lost in the last year along with captions which cite the highlights of their legendary careers. While the broadcast of the award show was over in a few hours, the memoriam page will be available for fans to enjoy for years to come.

It was a memorable night of awards as well. La La Land was the big winner as were it’s big stars Ryan Gosling and Emma Stone  who each received awards for their roles in the film set in Los Angeles. The musical won a total of seven awards including best picture comedy or musical.

Perhaps the two brightest stars to pass away late in 2016 are Carrie Fisher and her mother Debbie Reynolds. They were featured in a video montage that host Jimmy introduced during the show. Jimmy slid into the montage by sharing, “We lost a mother and a daughter within just a couple of days and it was a terrible loss that we all felt.” Aww, so true. The montage shared sweet family photos as well as clips from the duos most iconic films.

HollywoodLifers, what do you think of the touching memoriam put together by the Golden Globes? Who will you most miss that was lost in 2016? What was your favorite part of the 2017 Golden Globes?