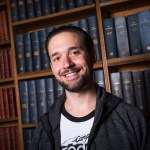 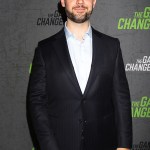 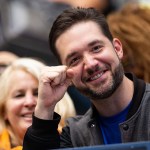 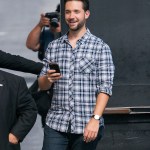 The newly engaged tennis champion is showing off some new bling on her ring finger — as well as a huge smile! See her ring below!

Selena Williams, 35, is showing off her new engagement ring! While celebrating the new year in Auckland, New Zealand, Serena flashed the ring while boarding a helicopter.

Instead of a big, flashy diamond, the ring appeared to be a platinum or white gold band. Simple and classic!

Serena is a world champion tennis player, so perhaps the low-key ring is a way for her to practice while wearing the ring! It’s not recommended to wear a traditional engagement ring while working out.

Or maybe she is secretly married!

Serena and Alexis Ohanian, 33, the co-founder of Reddit, told the world they were engaged on December 28 in the form of a poem on Reddit. Serena wrote:

The happy couple started dating in October 2015 — see a timeline of their relationship here.

They haven’t been super public with their relationship, but Alexis has declared his love for Serena on Instagram on multiple occasions. We’re so thrilled for this couple!

HollywoodLifers, are you so happy for Serena and her fiance? Do you love Serena Williams’ ring?