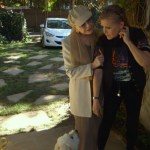 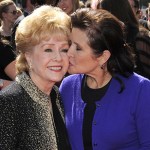 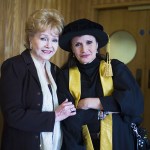 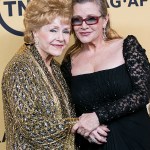 Debbie Reynolds and Carrie Fisher were the most spunky and iconic mother-daughter duo in Hollywood, and it’s absolutely unthinkable that they’ve both left us in the span of just over a day. Here’s a look back at photos of all of their beloved moments together, of which there were so many.

We’re absolutely heartbroken that not only have we lost brilliant actress and writer Carrie Fisher at just 60-years-old, her equally talented and fabulous mom Debbie Reynolds has died at age 84 from a possible stoke, just one day after her daughter’s Dec. 27 passing. These two were absolutely inseparable in life and Debbie’s incredible grief over losing her daughter proved to be too much for her to go on.

Carrie was born into Hollywood royalty as the daughter of 50’s movie icons Debbie and Eddie Fisher. When Eddie famously left his family for Elizabeth Taylor when Carrie was just a young girl, it just made the mother-daughter bond between Debbie and Carrie so strong from the very beginning. Debbie loved to show off photos playing with her adorable little girl, who was the apple of her eye. She even brought Carrie to her movie sets so she wouldn’t be apart from her as you can see in our gallery.

As a teen, Carrie was there to cheer on her mom’s return to Broadway in Woman of the Year. Debbie then watched her daughter become an idol to millions, playing fiercely strong Princess Leia in the initial Star Wars trilogy. Even through Carrie’s battles with drugs, alcohol and bipolar disorder — which she wrote and joked about so profoundly — Debbie was by her side every step of the way. She was able to see her daughter blossom into a brilliant author and satirist, and was seen happily attending her book signings and one woman shows.

Pics: Carrie and Debbie through the years

Carrie’s first novel Postcards from the Edge was semi-autobiographical about her ups and downs with her famous mom, with the “Doris Mann” character loosely based on Debbie. But no matter what craziness she revealed about their relationship, Carrie loved her mom so deeply, always making sure to give her sweet kisses on the cheek when they attended public outings.

They were each other’s dates to numerous Hollywood events, attending red carpets side by side as the most cherished Tinseltown mother and daughter duo. Their wit and spunk made them beloved to generations of fans not just through their individual talents, but how we looked at their special relationship. The fact that their bond was so close that Debbie literally couldn’t go on without Carrie really goes to show how deeply a mother’s love goes.

HollywoodLifers, share your thoughts with us about Debbie and Carrie’s sad passings.