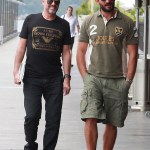 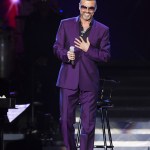 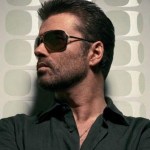 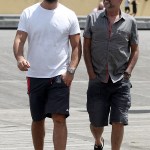 Madonna has joined the many celebrities in mourning close friend George Michael after learning of his tragic passing on Christmas morning. Posting a super sweet throwback vid of the two of them, the singer said her heartbreaking ‘farewell’ to the ‘great artist’ and admitted she’s ready for 2016 to end! Watch her touching remembrance here.

George Michael‘s reps confirmed on Dec. 25 that the legendary singer/songwriter sadly passed away “peacefully” in his sleep while at home. He was only 53 years old. And while many stars have taken to social media to express their grief, his close friend Madonna, 58, posted an epic throwback vid that may just bring you to tears!

Farewell My Friend! 🙏🏻 Another Great Artist leaves us. 💔Can 2016 Fuck Off NOW?

In the Instagram clip, which Madonna captioned, “Farewell My Friend! 🙏🏻 Another Great Artist leaves us. 💔Can 2016 Fuck Off NOW?,” the icon can be seen presenting Michael with the Video Vanguard award at the MTV Video Music Awards way back in 1989.

Madonna: See Pics Of The Star

“He’s a great songwriter, and he makes very classy videos — like me,” she jokes in the video. After naming many of his famous hits like “Faith” and “Father Figure,” she casually says, “George, I want your sex. So be my father figure and I will have faith if we have to live hand to mouth.” And while we’re not exactly sure what she meant by that last part, George seemed to love her speech as he came out to accept his award and immediately hugged his pal, also giving her a quick kiss. Aw!

Many know George from being apart of the vocal duo Wham! with his friend, Andrew Ridgeley. The group started in 1981 but sadly broke up in 1986 after George’s success as a solo artist — particularly with songs like “Careless Whisper” and “A Different Corner” — really took off. After the breakup of Wham! George continued to have a successful solo career, his last studio album, Patience, being released back in March 2004.

The singer also dealt with drug addiction throughout his life, even getting arrested in 2008 for possession after admitting he had a major problem with cannabis. Two years later he was arrested for being unfit to drive due to drugs. He ended up serving four weeks in prison that same year and was banned from driving for five years.

Tell us, HollywoodLifers — are you loving this sweet clip of George and Madonna?