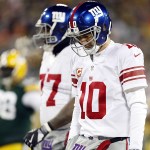 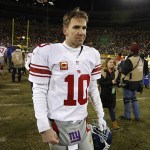 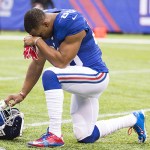 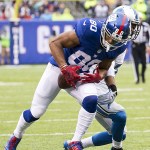 Eli Manning, Odell Beckham Jr. and the rest of the New York Giants have put the rest of the NFL on notice: they’re coming for the playoffs! Will they secure a wild card spot when they face the Philadelphia Eagles on Dec. 22? Click to watch and find out!

After a pair of impressive wins over the Dallas Cowboys and the Detroit Lions, the New York Giants just need to win this game against the Philadelphia Eagles to secure a position in the post-season. The 5-9 Eagles may not end with a winning season, but they could troll their rivals hard by defeating the Giants when they show up at Lincoln Financial Field. This Thursday Night Football game is set for 8:25 PM ET so don’t miss a single second.

Winning or tying this game will give New York a playoff berth. If Philly pulls off the upset, then the Giants would get in if two of the following teams — Green Bay Packers, Tampa Bay Buccaneers, Washington Redskins – would get them in. While the Eagles have no chances of a place in the postseason, they’d live to give the Big Blue Wrecking Crew a huge headache.

“Absolutely. Periods,” Jordan Hicks, 24, a Philly Linebacker, told NJ.com. “Obviously we are playing for ourselves, playing to turn this season around … anytime you can throw a wrench in a division opponent’s season, you got a little bit more to play for.”

“They are in our division,” linebacker Nigel Bradham, 27, added, “and obviously we are not in the playoffs, so why let them go. That is going to be our mentality all week.” But that’s easier said than done. This is the Giants team that defeated the Dallas Cowboys not once, but twice.

If the Giants don’t self-destruct over these last two games, they should make the playoffs for the first time since 2011. The last time they made the playoffs, they went on to win the Super Bowl. Could this be the start to a third ring for Eli Manning, 35, and a first one for Odell Beckham Jr., 24?

What do you think, HollywoodLifers? Will the Big Blue Wrecking Crew leave Philly in shambles? Or will the Eagles give the Giants a real reason to be “blue?”