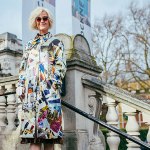 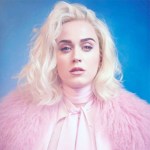 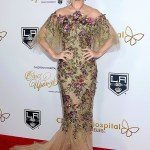 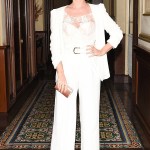 New music from Katy Perry may be on the way sooner than we thought! The singer has been hard at work in the studio over the last several months and she got fans beyond excited by sharing some snippets of what appears to be two of her upcoming tracks. Take a listen right here!

Stop teasing us like this, Katy Perry! We still have NO idea when the 32-year-old plans to officially release new music, but she did give us a teeny tiny sneak peek at some new songs on her Instagram story earlier this week. In the short clips, Katy can be seen goofing around in the studio, but fans are mostly paying attention to the background noise.

In the first video, a producer appears to be working on the music, while Katy herself is having some fun with the camera. “Don’t be scared to…” she can be heard singing on a track in the background. A second clip is focused on the instruments, with someone playing guitar as the camera films, but there’s also a hint of background vocals coming through in the audio. Could these be two new songs we’ll be hearing when we finally get an album from Katy?!

Katy hasn’t dropped an album since she put out Prism in Oct. 2013, so this new work is definitely a long time coming. She did drop the song “Rise” to coincide with the Olympics last summer, but besides that, she hasn’t had a single out since 2014!

Unfortunately for us, the singer has made it clear that she doesn’t plan to rush this album, so it might be quite some time before we hear the finish product. Of course, we’ll be sitting here patiently waiting until the day finally comes!

HollywoodLifers, are you excited for new music from Katy? What do you think of these snippets?