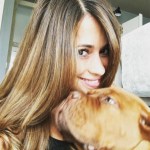 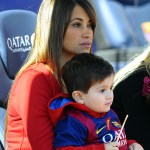 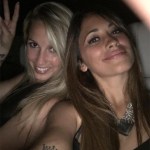 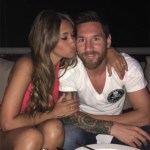 When it comes to Lionel Messi and Antonella Roccuzzo, the First Couple of soccer is all about those relationship ‘goals.’ With these two reportedly getting married in 2017, take a moment to get to know all about Antonella, the woman who scored Messi’s heart!

1. She’s known Lionel since he was a little boy.

Lionel Messi, 29, and Antonella Roccuzzo, 28, have been dating since 2008, but they go way back – all the way back to elementary school. They both grew up in Rosario, Argentina, and have known each other since Lionel was 5-years-old. In fact, Antonella is the cousin of Lionel’s childhood friend, Lucas Scaglia, 29. Hopefully he’s invited to the wedding, as these two are reportedly getting married in 2017!

2. She’s a beauty with brains.

Soccer players and models tend to go hand in hand (hello, Cristiano Ronaldo!) So it’s no surprise that Lionel was romantically linked to models like Luciana Salazar before he and Antonella started dating. While she makes money as a model, she was actually studying to be a dietician when she moved to Barcelona to live with Messi, according to Heavy.com

3. He knew he wanted to marry her for two-decades.

When Leo was nine years old, he was already in love with Antonella, according to Sport English. His friends growing up knew that he would write letters that stated he would one day make Antonella his girlfriend. Looks like he kept his promise!

4. Antonella is a very private person.

While Messi will always be in the spotlight until he hangs up his cleats, his girlfriend stays out of the public eye. She doesn’t grant interviews, and in fact, both she and Messi kept their relationship secret for a year. He ultimately revealed that he had a girlfriend in 2009.

Antonella doesn’t have a Facebook or Instagram account, but she does have an Instagram. She has filled it with pictures of her two boys with Lionel – Thiago, 5, and Mateo, 1. She also has shown love for her three dogs as on the ‘Gram. She also has posted scenes from Disney movies and pics from the Messi’s family vacation at DisneyLand. When she gets some downtime, she likes to curl up with a good book – including Harry Potter and the Cursed Child. Nice.

What do you think about Antonella and Lionel possibly getting married in 2017, HollywoodLifers?