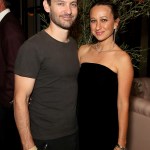 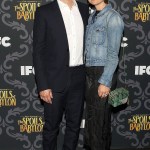 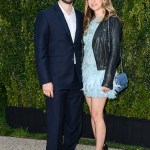 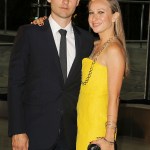 Ooh la la! Tobey Maguire was spotted locking lips with a gorgeous mystery brunette outside a Los Angeles hot spot, only two months after his high-profile split with Jennifer Meyer. The ‘Spider-Man’ actor wasn’t afraid to get hot and heavy! See the PDA pics.

It looks like Spider-Man caught a new woman in his web! Tobey Maguire, 41, was recently spotted making out with a mystery brunette outside the Villa Lounge in West Hollywood. The two were all over each other, passionately locking lips for several minutes. The actor couldn’t seem to get enough of the attention, pulling the stunner closer several times before parting ways. Tobey was also seen saying good-bye to another woman outside the venue, before the raven haired beauty hopped into a black SUV and presumably went home. His steamy PDA session comes only two months after announcing his split with Jennifer Meyer, 39. SEE THE PICS HERE.

Tobey and Jennifer revealed the sad news in a statement on Oct. 18. “After much soul-searching and consideration we have made the decision to separate as a couple. As devoted parents, our first priority remains raising our children together with enduring love, respect and friendship.” The former flames have a lot of history together, meeting in 2003 before tying the knot in Sept. 2007. Tobey and Jennifer are also the proud parents of Ruby, 9, and Otis, 7. They were known for keeping their nine-year romance out of the spotlight, so these recent pics do come as a shock!

The Saddest Celebrity Divorces Of All Time — See Pics

The exes are said to have been separated since the beginning of summer, but they waited until the right time to reveal their newfound status. Fans first speculated that Tobey moved on with model Sofia Richie, 18, after they were seen partying together at 1OAK on Oct. 1, but clearly that’s not the case. Luckily, Jennifer and Tobey have worked through their differences to best serve their children. The two were spotted holiday shopping earlier this month!

HollywoodLifers, do you think Tobey has already moved on from Jennifer? Let us know!