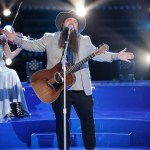 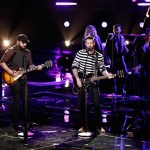 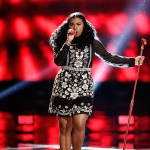 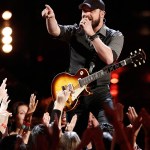 Before a winner is named on Season 11 of ‘The Voice,’ we’ll get to see two hours jam-packed with performances — including one from each finalist with a famous singer. For Sundance Head, that mean’s he’ll get to share the stage with KISS, and he gushed to HollywoodLife.com EXCLUSIVELY all about the exciting opportunity!

There’s an exciting night ahead on the Season 11 finale of The Voice, and that’ll include a duet you don’t want to miss between finalist Sundance Head and one of his favorite bands, KISS. The duet will include countrified versions of KISS’ hits “Detroit Rock City” and “Rock & Roll All Night,” and we caught up with Sundance ahead of the show to get his take on everything!

“It’s crazy, man! I don’t know how to do it really,” he told HollywoodLife.com EXCLUSIVELY. “We had rehearsal already and I was just blown away because these guys are so nice. You know, they’re rock gods and they’re trying to tell me when I’m supposed to sing and I’m just sitting there amazing that they’re right there on stage with me. It was really surreal, man, to be up there at rehearsal and hear them start “Detroit Rock City” and I could just feel the risers shaking from the drums.”

Sundance is Blake Shelton’s only remaining contestant left in the competition, and he’s joined by Josh Gallagher and Billy Gilman, from Adam Levine’s team, and We McDonald, from Alicia Keys’ team, in the Top 4. And don’t worry — the rest of the finalists won’t be deprived of fun performances like Sundance and Kiss’: Billy is taking the stage with Kelly Clarkson, Josh will be joined by Cam and We is performing with John Legend. No big deal!

Anything can happen, of course, but at the close of voting, Sundance occupied the top two spots on the iTunes charts, which is always a good sign. Does that mean he’ll win The Voice!? We’ll find out for sure when the finale airs tonight from 9-11 p.m. on NBC. Make sure you follow along right here for full coverage!

HollywoodLifers, do you think Sundance could win The Voice? What do you think of him performing with KISS during the finale?