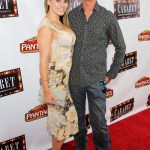 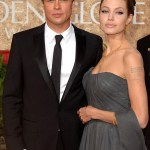 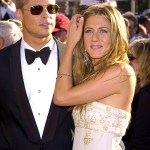 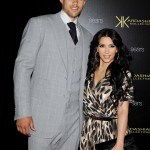 Oh, baby! Emmanuel Sanders wife, Gabriella Sanders, gave birth on Dec. 13, the same day news broke she had filed for divorce from the NFL star. Get the details on the delivery of Gabriella’s shocking news, as well as their new baby!

Emmanuel Sanders, 29, wife, Gabriella Sanders, shockingly filed for divorce from the Denver Broncos wide receiver back in October, when she was just months away from giving birth to their baby girl, Zoie Sanders. However, news that Gabriella had filed the official documents in Texas didn’t break until TMZ reported the split on Dec. 13, the same exact day that little Zoie came into the world. Whoa!

What’s more, Emmanuel was reportedly there in the delivery room when Gabriella gave birth to their new bundle of joy. He even posted a pic of the whole family, including the couple’s two-year-old son, together. So, have they buried the hatchet since she filed just a few days before their three year anniversary?

Gabriella’s court documents stated that “the marriage has become insupportable because of discord or conflict of personalities,” but didn’t note the exact reason the couple was splitting. At the time, Gabriella was also granted a temporary restraining order against Emmanuel to keep him away from herself and their home. The judge even restricted Emmanuel’s access to his children. Gabriella also asked for child support and a “disproportionate share” of their combined assets, stating that the divorce was Emmanuel’s fault.

So what the heck is going on now if the Broncos WR was welcome to be near Gabriella, their son, and their little girl the day his wife delivered the new baby? No matter what’s happening, we wish them congratulations on Zoie’s birth!

HollywoodLifers, do you think Gabriella and Emmanuel are giving their marriage another shot? Let us know below!