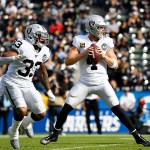 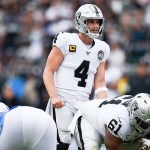 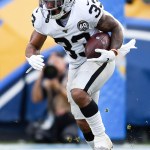 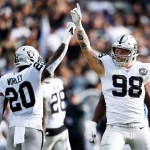 Talk about a make or break game! The Oakland Raiders can solidify their spot atop the AFC West with a win against the Kansas City Chiefs Dec. 8, but a loss will put the two teams in a tie. This will definitely be one of the most hard fought games of the entire 2016 season, and we’ve got your live stream details here!

To say the consequences of this game are massive is an understatement. The AFC West is the best and hottest division in the entire NFL for 2016, and the two top teams are meeting head to head on Thursday Night Football Dec. 8 at 8:25pm EST live from Arrowhead Stadium. The Oakland Raiders are sitting tight at 10-2, but the 9-3 Kansas City Chiefs are nipping at their heels. Can the Silver and Black pull off a seventh win in a row, or will the Chiefs prove yet again how they’re the league leaders in come from behind wins? We’ve got your way to watch online! CLICK  HERE TO WATCH THE RAIDER VS. CHIEFS LIVE STREAM.

Pics: See Derek Carr and the rest of the Oakland Raiders

“Normally we talk about the 24-hour rule, enjoying a win or getting over a loss and bouncing back,” Chiefs quarterback Alex Smith, 32 said after squeaking past the Atlanta Falcons 29-28 on Dec. 4. “And now it’s basically the plane ride home. It’s that short a week. It’s a division game coming up and a big atmosphere, so everything is sped up,” he said. “I think that recovery is important on a short week, guys taking care of their bodies and trying to get it back as soon as possible is the most taxing thing.”

Oakland quarterback Derek Carr, 25, has led the Raiders to explosive second half comebacks that have been a key part of their six game winning streak. The last time they lost was back in week six when they dropped it badly to the Chiefs 26-10. If KC manages to pull one over on Oakland for the second time this season, it would give them an important tiebreaker when it comes to control of the AFC West should both teams end up with identical records as they enter the post-season.

HollywoodLifers, who are you rooting for in this huge AFC West match-up? Take our poll and vote!