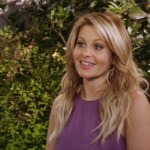 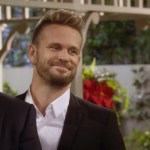 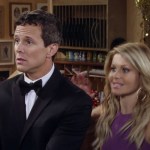 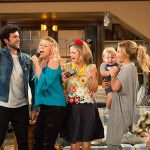 It’s the question we all want answered: Will Mary-Kate and Ashley Olsen ever reprise their role as Michelle Tanner on ‘Fuller House’? Creator Jeff Franklin opens up about the twins and if it’s still a possibility they would cameo to make the ultimate ‘Full House’ reunion.

Creator Jeff Franklin, 61, confirmed to our sister site Variety that Mary-Kate, 30, and Ashley Olsen, 30, would not be popping up in season 2 of the show. “But I’m not sure about future seasons,” he noted. “The door is still open and I’m sure we will ask and keep trying. Hopefully one of these days, that will happen. It’s something we would all like to see.”

Mary-Kate and Ashley are the only main cast members who have yet to make an appearance on Fuller House. Their onscreen sisters, DJ (Candace Cameron Bure) and Stephanie (Jodie Sweetin), are the stars of the show. Danny (Bob Saget), Jesse (John Stamos), Joey (Dave Coulier), and Becky (Lori Loughlin) have all come back to the beloved Tanner home for episodes of Fuller House.

“The show has been really well received so I think that the fans have made their peace with the fact that Michelle is not a big part of the series, although we certainly refer to her now and then,” he continued.

Will the cast throw shade at the twins like they did in season one? We’ll have to wait and see! Fuller House season 2 premieres Dec. 9 on Netflix.

HollywoodLifers, do you think Mary-Kate and Ashley will ever show up on Fuller House? Let us know!