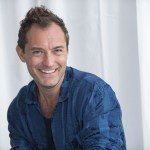 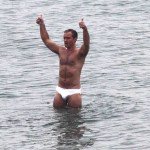 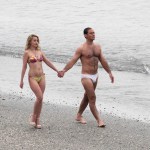 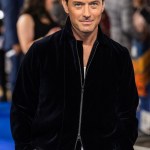 Growing up to look JUST like her father, Jude Law’s love child, Sophia Law, is apparently growing into Jude’s mini-me! Sadly though, a new report claims that the British actor only sees 7-year-old Sophia once a year — and all she wants for Christmas is to get to know him better! This year however, Jude is reportedly spending the holiday WITH her. Get the details here!

Looks like the holidays are going to be rough this year for Jude Law, 43. After all, according to Star magazine, he’s going to be spending Christmastime with his love child Sophia Law, 7. And while Sophia reportedly wants to get to know her father better, Jude only sees his daughter once a year, which could make this holiday season a bit awkward for the British actor!

“The last time they were together was in September 2015, when her mom [Samantha Burke, 32] brought Sophia to London for a short visit,” a friend of Samantha’s reportedly told the publication. “Sophia is such a sweetheart, and I know that Jude loves all his children. There would be a lot for him to love about Sophia if he would spend more time with her.”

Sophia and her mother reportedly live in Florida, and all the child wants for Christmas is more opportunities to bond with her famous dad. “As far as I know, Jude has never been to Florida to visit Sophia,” the family friend dished. “She’s only seen him when her mom has taken her to New York or England.”

Samantha had a brief fling with Jude back in 2008. And while Jude currently has five kids — including Sophia — when he and Samantha met, he was just a father-of-three. He met the brunette beauty while filming his first Sherlock Holmes movie in New York City — at the time, Samantha was a Hooters waitress living in New Jersey.

The two ended up spending a fun-filled week together just before Jude headed back to England “I knew our relationship would not continue,” Samantha revealed in a 2009 interview. “And I was okay with that.” When Samantha found out she was expecting, she didn’t tell Jude right away. “I needed time to come to terms with it myself,” the mom-of-one said.

Eventually though, Samantha had a lawyer contact Jude. A paternity test was taken, and the baby was proven to be Jude’s. The parents later reached a financial settlement, which reportedly includes Jude paying $6,000 a month in child support as well as schooling and medical fees until Sophia turns 18.

Samantha’s pal also insists little Sophia already strongly resembles her handsome father, and the older she gets, “the more she resembles her dad.” “She beautiful and bright, an absolute angel with a sweet nature,” the friend added. “I know Jude would be so proud of all those qualities if he could just make the time to see his daughter more often. Sophia would love that so much!”

Tell us, HollywoodLifers — what do you think about Jude seeing Sophia only once a year?