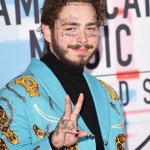 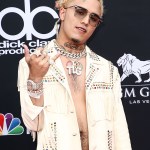 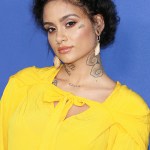 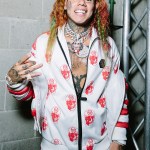 ‘Ink Master’ has officially crowned its first-ever tattoo Queen! Out of the show’s 8 seasons, Ryan Ashley is the only female artist to win the competition, walk away with the prestigious title, and take home a fistful of cash! Here are 5 things you need to know about her!

1. She stands for girl power.

During the course of season 8, Ryan Ashley, 29, branded together with her fellow female tattoo artists to take down the boys! Ryan grew especially close to Gia Rose, who helped her competitor through all the flash challenges and was always a shoulder to cry on. Gia and Ryan were both on Team Oliver Peck.

2. Black and grey tattoos are her strong suit.

For those of you who have never seen an episode of Ink Master, the artists are pushed to explore different tattooing techniques each week. For Ashley, black and grey pieces were always the easiest, with colorful, new school drawings throwing her for a loop sometimes.

No matter what happens tomorrow, I adore these two and couldn't be prouder to stand here beside such dedicated talented artists. ❤️ @giankarle @kellydotylovessoup @spikeinkmaster

3. About that cash prize…

That’s right, guys, after winning season 8, Ashley walked home with $100,000 in her bank account! Not only that, but she’s the first-ever female tattoo artist to win the competition. During the live finale hosted by Dave Navarro, Ashley took down Kelly Doty and Gian Karle.

After creepily stalking Ashley’s Instagram page, we’ve concluded that she’s in a relationship with a sexy fella’ named Josh Balz. Together, they share a bunch of furry babies, including two adorable Pomeranian pups, and a hairless cat.

5. She’s got other projects going on.

When Ashley is not busy drilling needles into clients, she and Josh are running their shared boutique shop. Oddities Parlor in located in Wyoming, and sells share knickknacks like animal skulls, taxidermy, antique dolls, and other items you might decorate your coffin with.

HollywoodLifers, did you watch Ryan Ashley on Ink Master? Were you rooting for her?