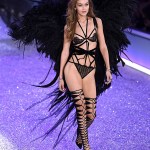 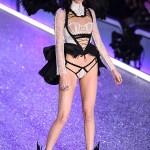 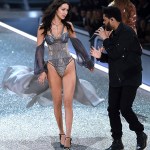 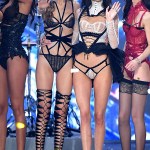 Catwalks and catfights? Kendall Jenner and Gigi Hadid may be top models for multiple iconic brands, but they’re fairly new to the Victoria’s Secret Fashion Show. HollywoodLife.com EXCLUSIVELY learned what’s going on behind the scenes at this year’s show! In 2015, the young models weren’t exactly the favorites. However, 2016 is a whole different story…

Gigi Hadid, 21, and Kendall Jenner, 21, are undoubtedly, two of Hollywood’s hottest models! Although they’re quite young, the BFFs are conquering the catwalks and representing top designers and brands. For the second year in a row they’ve both landed a coveted spot in the iconic, Victoria’s Secret Fashion Show! Since the epic event is taped, today, Nov. 30, HollywoodLife.com EXCLUSIVELY learned what’s going on behind the scenes! “Kendall has been pretty much glued to Bella [Hadid, 20] and Gigi, the three of them are sticking together and they’ve got their own little clique,” our source says. But, there’s more…

It’s no secret that the Victoria’s Secret Fashion Show in Paris is streaming on CBS All Access! Watch with 1 week FREE!

In case you forgot, “Last year, Kendall and Gigi were shut out and bullied.” However, things are VERY different this time around. “This year, they’re the ones everyone wants to be close to. They’re getting the majority of the attention, and the other girls want to be a part of their group now. The tables have turned.” WOW! It looks like these angels have officially earned their wings within the tight-knit model group.

We’re glad to hear that the girls — veterans, rookie and in between — are all getting along and having a fabulous time! And, speaking of the close group of girlfriends; It looks like Lady Gaga, 30, has become an honorary angel! The singer stole the 2016 VS Fashion Show at the Grand Palais in Paris, when she performed 3 hit tracks from her fifth studio album, Joanne! Gaga even rocked her own sultry wings and sky-high heels. She killed it as she posed with the Hadid sisters in an adorable photo too!

As the VS Fashion is underway, there have already been insane celeb moments! During The Weeknd‘s performance, he and ex, Bella had a sweet moment although they’re currently broken up. And, the stars and hot models set the pink carpet on fire with their sexy looks and polished ensembles. Check out the red carpet photos above, and don’t forget to see the show’s best moments in our gallery! Although the epic night airs Dec. 5 on CBS, you can catch all the latest sneak peaks at HollywoodLife.com!

SO, HollywoodLifers, what’s been your part about the fashion so far? Tell us below!