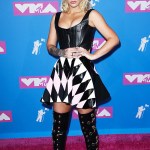 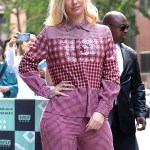 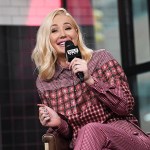 Could there be a Christmas wedding coming soon? Iggy Azalea would totally ‘say yes’ if French Montana proposed, HollywoodLife.com has EXCLUSIVELY learned. The singer ‘really loves’ her man, and is ready to take the next step! Here’s the latest on the sweet couple.

While an engagement ring may not be at the top of Iggy Azalea‘s, 26, Christmas wish list just yet, there’s no doubt she’d marry French Montana, 32, if he proposed later down the line. “She’s not expecting French to pop the question, but she’s not against it and would say yes if he decided to do it anytime soon,” a source tells HollywoodLife.com EXCLUSIVELY. “She’s having a lot of fun right now with him and expects that not to change anytime soon.” What’s the rush, right?

It’s fitting that we’re talking about marriage right now, considering French’s brother dropped a major hint that wedding bells will start ringing soon! When a cameraman asked Zach Kharbouch if the couple were tying the knot, he responded with, “soon to be.” WHAT?! That’s a pretty clear cut signal that something hugely romantic is in the works! Zach was headed out of Catch restaurant in LA on Nov. 26 when he spilled the beans — just in time for a Christmas proposal!

What’s even cuter is that Iggy is totally smitten with French, maybe more so than she was with Nick Young. Iggy and the basketball star were meant to walk down the aisle, but never got there on account of his cheating. “Iggy really loves French,” a source continues. “He took her from a very bad place that she was in from what Nick Young did to her.” Of course the “Black Widow” rapper’s heart was crushed when she found out Nick slept with another woman, but French has been doing an amazing job of piecing it back together. We totally support this wedding idea!

HollywoodLifers, when do YOU think French will propose to Iggy? Before the New Year?