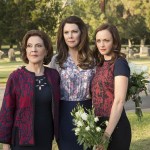 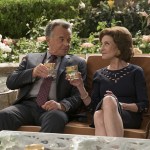 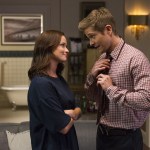 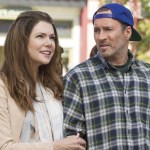 ‘Gilmore Girls: A Year In The Life’ is pretty much everything you wanted and dreamed of. And yes, there’s a pregnancy thrown into the mix. So, who’s expecting? And who’s the father? (Spoilers ahead!)

This is your warning: if you have not yet watched the four incredible episodes of the Gilmore Girls: A Year in the Life, do not continue! Unless you love spoilers, then please, go on.

In the final moments of the show’s last installment, Fall, Rory and Lorelai are chatting in the gazebo,after Lorelai’s wedding to Luke. After getting the break up text from Paul, Rory’s boring boyfriend, we were waiting for these four episodes, her mom reassures her that one day, she’ll find happiness. In the final moments, she tells her mother she’s pregnant. Yes, those are two of the final four words.

So, who is the father? Well, as we all know, in 2007, Rory didn’t end up with anyone — Logan, the rich kid with the bad boy image, had proposed to her in the penultimate episode, but she turned him down. She put herself first.

Logan was Rory’s last real relationship and, she was still in love with him when we left off — and that makes sense, since they have some sort of agreement in the revival. Basically, when she’s in London or they’re in the same city, they can be together. With a “What Happens in Vegas” mentality, they leave it in the background. When they leave London, they’re nothing again. And yes, during Fall, they do have the “perfect” night together, and he offers her a house where she could write. She denies.

There is also the chance that this baby is Paul‘s even though we literally know nothing about him, haven’t seen him long enough to remember his face, and her mother can’t even remember his name. But clearly he’s a good guy. Even though he broke up with her over text, she also admitted she treated him poorly. As her momma said, “It didn’t fit.”

Let’s also not forget about Jess. During the last episode, his final scene with Rory was her jumping with excitement, showing him that she had completed the first three chapters of her book — the one he reminded her that she should write. “You’re over that right?” Luke asked him after that. “Yup, long over,” he answered. With that though, he looked in the window of the house from the outside, watching Rory being Rory. His face read that he definitely wasn’t “long over” anything.

So, do you think it’s Logan’s baby, HollywoodLifers? Let us know!