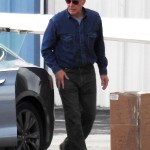 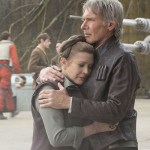 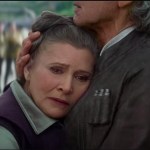 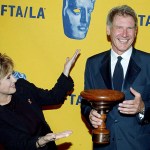 We can all agree that Carrie Fisher has always looked incredible. However, when she was cast in the original ‘Star Wars’ film in 1976, she was forced to lose weight. In a new interview on ‘The Late Show,’ she revealed that she was actually sent to a ‘fat farm.’ Watch the interview here.

Carrie Fisher reveals her diaries from her time on the first Star Wars film in her new book, The Princess Diarist, and it’s not just about her affair with Harrison Ford. She also talks a lot about what it was really like on set and being cast, a topic Stephen Colbert brought up on the Nov. 21 episode of The Late Show. When asking if the execs asked her to lose weight before the first film, the 60-year-old actress answered, “They did . . . they always do.”

“They always do. They want to hire part of me, not all of me. So they want to hire about three fourths… so I have to get rid of the fourth somehow,” she said before adding a quippy joke. “The fourth can’t be with me.” After that, she went on to reveal that this was before that famous bikini in the next film (“bronze bikini, I was solid,” she said).

“The first movie I had, I guess you’d still call it baby fat. I would like to call it that, but it was probably just fat. So I went to a fat farm where they harvest fat,” she revealed. “I was there and Lady Bird Johnson and Ann Landers, who were my peers at the time. Lady Bird couldn’t figure out the name of the movie I was going to be in — kept thinking it was Car Wash. Ann Landers had a lot of advice for me, which obviously I didn’t take.”

Stephen also asked why Princess Leia didn’t get to have a light saber, even though she clearly had the force with her. “It’s a bad thing for women,” she said. “Even in space, there’s a double standard — even with the force!”

HollywoodLifers, are you shocked that Carrie had to lose weight?