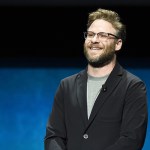 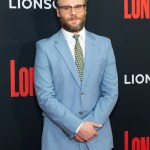 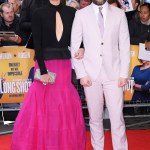 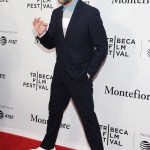 LOL ‘Billy On The Street’s latest episode, airing Nov. 22, is going to be CRAZY! Billy Eichner plays ‘Death Rogen’, a game where he actually tells strangers that Seth Rogen has died and waits for their epic reactions before revealing that Seth is standing right in front of the them! Watch the INSANE clip and see what happens…

Seth Rogen, 34, is known for his hilarious and scandalous humor, but his latest skit with Billy Eichner, 38, is not like anything we’ve ever seen before! On this week’s Billy On The Street [Nov. 22], the host walks around the streets of New York City to approach complete strangers to let them know Seth has “passed away.” The extremely cruel, yet comical joke was cleverly dubbed, “Death Rogen”. There’s one catch, though — Seth isn’t dead. He’s actually walking with Billy, but hiding behind a camera, acting as one of his crew members! How bizarre?!

Billy approached a few people who all had mixed reactions. One man was actually in love with Seth and was completely shocked. Another woman was a huge fan and actually flipped out and couldn’t “f–king” believe it. And, others really didn’t seem to care that much. One man even said, “I don’t know who that is.” LOL.

After everyone was given a chance to react, Billy would pause before jumping up and down, screaming, “I have good news. HE’S RIGHT HERE, HE’S ALIVE. IT’S SETH ROGEN!” At one point, Seth looked so awkward and said to one of the strangers, “He made me do this.” Cringeworthy… In a good way of course!

The video was quite funny at times, although the joke seemed a bit harsh. Poor Seth. But, when you get a combination like Billy and the actor, things can get pretty crazy. Billy just wanted Seth to see how many people would miss him if he was gone! What a good friend!

Seth took to Twitter when the video was released to let out his thoughts in one simple sentence, calling the prank, “f–ked up.” We can seriously picture him saying it in a hilarious way. The actor’s Twitter was even exploding with fan reactions of extreme laughter!

This was so fucked up. https://t.co/KW1QnJpJWd

Seth Rogen — Click To See More Pics Of The Actor

At the end of the day, it was all in fun. Billy was all about the laughs and Seth was the perfect companion to make that happen. You can’t argue with the fact that Billy takes celebs out of their comfort zones for real and raw experiences! Here’s to his next adventure on the NYC streets!

HollywoodLifers, what did you think of Billy’s prank with Seth? Tell us below!