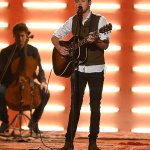 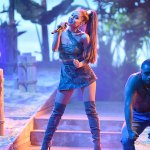 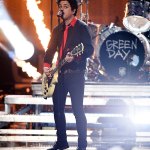 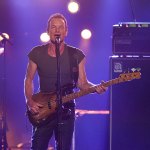 Just like us, Lady Gaga shed tears of joy during Selena Gomez’s emotional acceptance speech at the 2016 American Music Awards on Nov. 20. During Sel’s time on stage, the ‘Kill Em With Kindness’ singer broke down, Gaga praised her, and world wept together. It was such a tear-jerker!

This is why we LOVE Lady Gaga. Obviously, it was hard for Selena Gomez to get through her American Music Awards acceptance speech, during which she became extremely vulnerable and thanked her fans for sticking by her through the past few troubling months, however, seeing Gaga support her probably made the experience that much easier to get through. And at the very end, Gaga clenched her fists as though Selena has just accomplished a major feat! It was so special to see.

To see Gaga’s reaction to Selena’s speech, watch the video below!

Click here for more pics from the American Music Awards!

As we previously told you, Selena said the following during her speech: “In 2014, this stage was actually the first time that I was authentically 100% honest with all of you. I think it’s safe to say that most of you know about my life, whether I like it or not. And I had to stop because I had everything, and I was absolutely broken inside and I… I kept it all together enough where I would never let you down, but I kept it too much together, to where I let myself down. I don’t want to see your bodies on Instagram. I want to see what’s [on the inside]. I’m not trying to get validation, nor do I need it anymore. All I can say from the bottom of my heart is that I’m so grateful that I have the opportunity to share what I love, every single day, with people that I love. And I have to say thank you so much to my fans because you guys are so damn loyal, and I don’t know what I did to deserve you. But if you are broken, you do not have to stay broken. And if that’s anything, whether you respect me or not, that’s one thing you should know about me… is I care about people. Thank you so much for this. This is for you. Thank you.”

HollywoodLifers, what did YOU think of Selena Gomez’s acceptance speech? Tell us how you feel below!