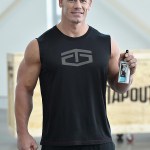 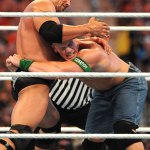 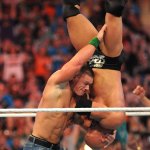 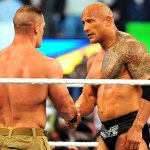 The WWE Survivor Series fight between Brock Lesnar and Bill Goldberg is one of the most anticipated of the year, and John Cena already has a feeling he knows who’s going to win. John tells HollywoodLife.com EXCLUSIVELY that he’s betting on Brock tonight. Here’s why!

Brock Lesnar and Bill Goldberg are battling at the WWE Survivor Series on November 20, and things are about to get crazy. Brock is a bonafide powerhouse, beating nearly everyone who dares come through his path. And that’s why wrestling star John Cena told HollywoodLife.com EXCLUSIVELY that he’s got his sights set on Brock winning the whole match!

It’s a fair guess. Brock, deemed The Conquerer, has proved time and time again that he should be the betting choice.  But will that give Goldberg an extra chip on his shoulder, a win still isn’t out of question, even if John doesn’t see it in the cards. Bill actually defeated Brock in their first ever fight during WrestleMania XX in 2004. That match 12 years ago was deemed disastrous, and boring, but things are different in 2016. The stakes are higher, and the world is watching! They both definitely have a lot to prove!

The epic match, which will be shown on the WWE Network, was set up when Brock challenged his old opponent to fight after both appearing in the WWE2K17 video game. Bill who hasn’t fought for 12 years took the taunts by Brock to heart and it was all he needed to get back in the ring. “Brock Lesnar challenged me to a fight but he didn’t have the balls to do it himself! He made his fat little stooge do it for him. So that got me thinking. Maybe I have one more a** kicking in me!” he told the crowd as he announced his comeback. The fat little stooge is Brock Lesnar’s advocate Paul Heyman who has had Brock’s interests for quite a while. So to say this is going to be good would be an understatement!

HollywoodLifers, who are you rooting for — Brook or Goldberg? Tell us in the comments!