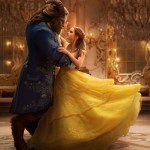 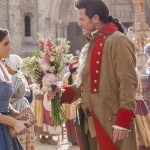 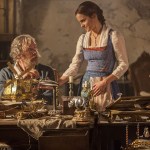 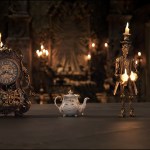 Hellooooo, Dan Stevens! Everyone’s talking about the swoonworthy British actor after catching a glimpse of him as the Beast in ‘Beauty & the Beast.’ Before you continue swooning, here’s everything you need to know about Dan!

1. He’s best known for his role on Downton Abbey.

Before playing the Beast, the 34-year-old played Matthew Crawley on Downton Abbey. His relationship with Lady Mary (Michelle Dockery) was one of the most beloved love stories on the show. After Lady Mary had given birth to their son in season 3, Matthew was tragically killed in a car crash, leaving Downton fans devastated.

Dan has admitted that the decision to leave the show was because he wanted to explore other opportunities. “I wanted a chance to do other things, so there is a strange sense of liberation, at the same time as great sadness,” he told The Telegraph in 2012.

Dan will play David Haller in FX’s new series Legion, based on the hit Marvel Comics character. He stars alongside Aubrey Plaza, Jean Smart, and Rachel Keller. The series will debut in Feb. 2017.

When he’s not acting, he narrates audiobooks! His list of narrations includes Casino Royale, Wolf Hall and War Horse. He was nominated for two Audie Awards in 2014 for Frankenstein.

Dan was adopted at just seven days old. “I’ve been a very lucky product of the process of adoption and ended up with really wonderful parents,” he told The Guardian in 2014. The actor also has a brother who was adopted by another family.

HollywoodLifers, do you think Dan makes a good Beast in Beauty & The Beast? Let us know!