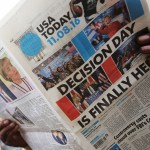 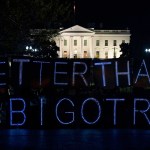 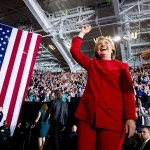 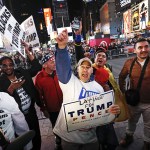 This is so incredibly inspiring. HollywoodLife.com has learned EXCLUSIVELY that Beyonce and Jay Z both want current first lady Michelle Obama to run for president in the 2020 election after Hillary Clinton’s crushing defeat on Nov. 8. Get the full scoop on their pitch to Michelle, right after the jump.

“Beyonce and Jay Z want to see Michelle [Obama] run in 2020,” an insider told HollywoodLife.com EXCLUSIVELY. “They are both convinced that she would be the ultimate candidate, and have spoken to the first lady about the possibility of this many times. With [Donald] Trump winning, Beyonce will continue to encourage Michelle to run for president in 2020.”

It is so amazing how desperately the couple want Michelle to become our next president in the face of Hillary Clinton‘s loss to Donald on Nov. 8. The 35-year-old singer and her 46-year-old rapper husband actively campaigned for Hillary throughout election season, even pulling a Hail Mary attempt by performing a concert on her behalf in Ohio on Nov. 4, just a few days before the election. But now that Hillary has lost, it seems the couple has turned their eyes to the candidate they want to back in the next election.

“I want my daughter to grow up seeing a woman lead our country,” Bey said in an influential video that she and Jay released on Nov. 7 in support of Hillary on the day before the election. “And know that her possibilities are limitless.” And even thought Hillary will not lead the country for the next four years, there is still the possibility that the next president of the United States of America could be a woman. And, if Jay Z and Queen Bey get there way, it will be Michelle.

HollywoodLifers, do you think Michelle should run for president in 2020? Let us know below!