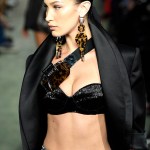 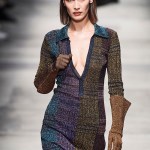 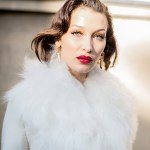 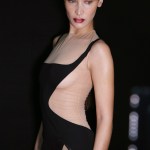 On Dec. 5, Bella Hadid will make her Victoria’s Secret Fashion Show runway debut, and it hasn’t come without criticism. The model has recently been under fire for losing too much weight, and now she’s firing back. See what she had to say, ahead!

Bella Hadid worked hard to earn her spot among the Victoria’s Secret Angels this year, and in a new interview with People, the 20-year-old wants everyone to know that her weight isn’t open for discussion.

“My weight fluctuates so much,” she told People during her VS fitting. “I really didn’t mean to [lose weight]. Like I want boobs. I want my ass back. But it’s not my fault,” she went on to say. “My weight fluctuates and so does everybody’s and I think that if people are gonna judge, that’s the worst you can possibly do because everybody is different.”

Bella credits her diet and fitness routine for her slimmer figure, telling People that she’s been eating healthy even when she travels and working out for three hours every day! Borrowing big sis Gigi Hadid‘s trainer, Gotham Gym’s Rob Piela, Bella has been focusing on one-on-one boxing sessions to tone up.

Ahead of her runway walk in Paris, where she’ll be modeling two sets of lingerie, Bella told People she doesn’t think she’s the only one with body insecurities. “I think that when other people look at all of the VS models or all of the girls [who] are walking, they’re like, ‘They’re not human. They don’t have any insecurities.’ But I think every single girl [who’s] going to be walking probably has an insecurity.”

HollywoodLifers, what do you think of Bella’s comments on her weight loss? Will you be watching the Victoria’s Secret Fashion Show on Dec. 5?