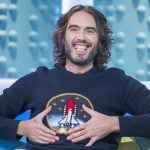 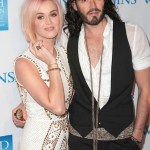 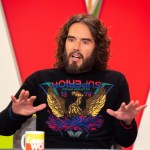 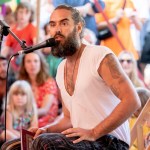 Russell Brand is a dad! The comedian has officially welcomed his 1st child into the world and we could not be more thrilled for him & his fiancée Laura Gallacher! Even cuter, Russell made the huge announcement while onstage at one of his shows — talk about an exciting time!

Russell Brand‘s, 41, fiancée Laura Gallacher, 27, has given birth, according to E! News, making the funnyman a first-time dad! He reportedly announced the life-changing news while onstage on Nov. 6 during a stand-up comedy routine in Nottingham, England. Talk about a memorable way to break the news!

“He was conscious of the clock and made sure he was off stage by just approaching 9 p.m. as he ‘needed to get down the f—ing M21 as my girlfriend has just had a baby,’” a fan told Mirror Celeb, with another source telling the publication the baby arrived late last week.

Right then. My Mum bought me this. Time to get ready! #trewlit #bookstagram #parenting

Russell and Laura have been together since 2015, rekindling their relationship after having dated off and on since 2007. And while rumors began swirling about Russell’s baby news back in June, the comedian officially confirmed he was going to be a dad by taking to Instagram in July to share a pic of himself reading The Expectant Dads Handbook. Pretty creative, right?

“Right then. My Mum bought me this. Time to get ready! #trewlit #bookstagram #parenting,” Russell captioned the telling photo. But in addition to the sweet snapshot, he later opened up in Britain’s ES magazine and revealed he was super psyched about the idea of becoming a parent.

“I feel lit up by the idea I’m very excited about becoming a dad and I’m preparing myself,” he told the publication. “I am just getting ready to be with a new little person and see what it is they want.” Aw! Congrats again, you two!

Tell us, HollywoodLifers — are you excited that Russell is now a parent? Do you think he’ll make a great dad?