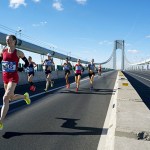 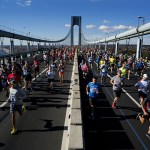 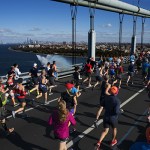 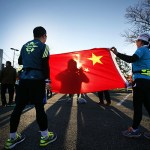 Tens of thousands ran in the 45th annual TCS New York Marathon, but only one can call themselves the 1st place winner of the men’s race. And this year, that guy is Ghirmay Ghebreslassie, from Eritrea! Ghirmay is now the youngest winner in the marathon’s history!

Sending a huge congratulations to Ghirmay Ghebreslassie! Ghirmay, 20, out-shined nearly 50,000 competitors at the NYC Marathon and ran his way to victory at 2:07:51 race time. Now, that’s what we call fast! Ghirmay becomes the youngest person to ever win the NYC Marathon. While this is his first time winning the NYC Marathon, Ghirmay is a decorated runner; at 19, he won gold at the IAAF World Championships!

Runners began the epic, 26.2-mile run, kicking off in Staten Island, and working all the way through the five, New York boroughs of Brooklyn, Manhattan, Queens, and The Bronx. And the finish line ended in Manhattan’s Central Park. OMG, we’re getting tired just thinking of how long they ran!

Finishing in second place behind Ghirmay was Lucas Rotich of Kenya, followed closely by Abdi Abdirahman of the United States! Good job, guys! At 39, Abdi is the oldest podium finisher in NYC Marathon history. What a stunning achievement! On the men’s side, eight of the top 14 finishers were American. Crazy!

Last year’s champion, Kenyan runner Stanley Biwott, 30, also ran the good race in an attempt to maintain his reign. In the 2015, he finished 2 hours, 10 minutes and 34 seconds, but unfortunately he was unable to repeat the win. 2014’s champ, Wilson Kipsang, 34, was also there, but no one was a match for Ghirmay!

We have to give everyone their props for running in the epic race; you have to have a special kind of stamina and drive to start and complete a race as challenging as this one. But Ghirmay definitely deserves a special high five for giving it everything he had and finishing first!

HollywoodLifers, help us congratulate Ghirmay by commenting in the comments below!