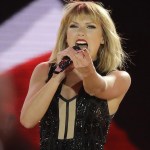 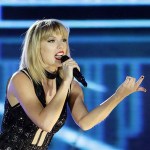 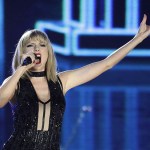 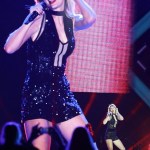 OMG! Taylor Swift wowed the crowd with her stunning rendition of ‘TIWYCF’ at the Grand Prix on Oct. 22, but how did Calvin Harris feel about his ex-girlfriend performing their song? We’ve got the EXCLUSIVE scoop on whether or not he was ticked! Find out the truth here.

There’s no “Bad Blood” here! It turns out Calvin Harris, 32, thought his former flame Taylor Swift, 26, did an incredible job when taking the stage at the Formula 1 Grand Prix. While some fans expected him to diss Tay for performing “This Is What You Came For” without him, the British DJ had an entirely different response. “He has seen Taylor’s performance of ‘TIWYCF’ and absolutely loved it,” a source tells HollywoodLife.com EXCLUSIVELY. “Regardless of his feelings for her, it is a great song that he is going to play for his own concerts the rest of his life.” So cool!

At her only show of 2016 @taylorswift13 performed ex @CalvinHarris' "This is What You Came For" that she wrote under a pseudonym. pic.twitter.com/Xn6wR6q083

Our source continued, “Calvin can’t ever get away from it and by seeing her performance he thought Taylor knocked it out of the park.” Tay definitely proved she was a force to be reckoned with, showing off her talents for the 80,000 fans who lined up to watch her perform on COTA’s Super Stage festival lawn located in Austin, Texas. Seated by a bedazzled piano, she wowed with a breathtaking Acoustic version of the number they co-wrote. The pop star definitely looked the part for her big night, rocking a jewel-encrusted black romper, thick winged eyeliner, fluffy lashes and a bold red lip for her first live show of the year.

Taylor captivated the crowd with her super sexy dance moves and stage prowess, also performing her hit singles like “Love Story,” “Fifteen,” “22,” and so many more. Even though the songstress parted ways with Calvin over the summer after a year of dating, it’s great to see them on better terms! It’s been a long while since her former beau voiced his frustrations over their breakup and co-written song, having gone on a full-blown Twitter rant in July. Looks like it’s on to greener pastures for both of them! Kudos!

HollywoodLifers, do YOU think Taylor and Calvin will ever perform together? Let us know!