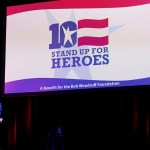 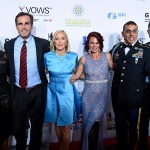 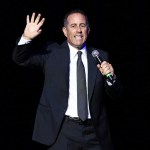 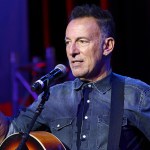 Caroline Hirsch changed comedy as we all know it — she owns NY’s famous comedy club, Carolines, and created the New York Comedy Festival. This year, the festival has one focus: the election. So much so, that she moved it up a few weeks.

“This year was sort of planned,” Caroline Hirsch told HollywoodLife.com exclusively in an interview before this year’s festival, that kicks off Nov. 1, just one week before the election.

“We love having Bill Mahar in the festival so it all worked out perfectly having him and Trevor Noah. What more could you ask for than to have those two right before the election? The festival is usually the first two weeks in November, but we decided to push it before so that we could have those comments about what’s happening through the election. And yes, everybody’s gonna bring it up. It’s going to be part of the fabric of the festival.”

We also spoke with Caroline about the ever-changing world of comedy, Saturday Night Live, and the increase in women comedians.

One women doing stand up:
“I’m so impressed with the young women that are out there, writing and creating. I want to think that they watched stand up on TV when they were young and growing up; certainly when I started there was not this many women doing comedy, or young women who really got it. They’ve been so influenced by comedy, and it’s really taken me by storm. I think on third of the performers (at NY Comedy Festival) are women, and that’s very high.

Who is standing out right now?
Tig Notaro is really on target. She talks about everything in the modern day world that affects women and people around her. I think she’s very real.

How do you feel about SNL‘s current cast?
One of my favorites is Leslie Jones; she’s over the top funny. She comes from a real stand up world,  and I just love her. I get a big kick seeing her. SNL does the best stuff when it comes to a big political career. Tina Fey as Sarah Palin put the show over the top, and now Alec Baldwin as Trump is doing it. They do very well when there’s an important political election happening. I think you have to give them a lot of credit; they write the show in a weeks time, and it’s a lot of work.

New York Comedy Festival runs from Nov. 1-6. For the full schedule and tickets, head to the website.