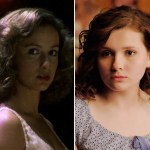 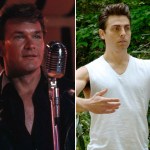 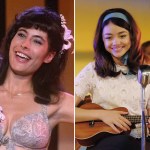 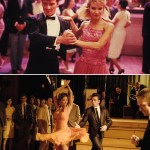 Jennifer Grey has put her two cents in! The actress, who played Baby in the 1987 classic ‘Dirty Dancing,’ revealed who she would like to see take on the roles of Baby and Johnny in a movie remake. Hint: Her choices are really good.

“I think Natalie Portman and Ryan Gosling,” Jennifer, 56, revealed during an interview with JustJenny radio host Jenny Hutt. “Wouldn’t you like to see them? Or Channing Tatum?”

Jennifer must have seen Natalie’s Oscar-winning movie Black Swan, because the Dancing With The Stars winner complimented Natalie’s dancing skills during the interview. “I don’t know if she’s young enough to play that virgin thing, but she’s so gorgeous,” Jennifer said. “She’s just the best, most beautiful, amazing — and a great dancer.”

The actress swooned over Ryan, who she thinks would be the perfect guy to play the character the late Patrick Swayze made famous. “The Gos has just got something, you know what I mean?” she said. “He’s just got something and he’s that very mysterious.”

But if Ryan, 35, didn’t tackle the role, Jennifer would totally be down for Channing, 36. “He dances and he’s a smokeshow,” Jennifer gushed. “He’s a goofball and he’s a genius because he’s so smart. He’s smart enough to not take himself seriously. He’s crazy smart.”

Jennifer did not mention the three-hour TV reboot of Dirty Dancing that ABC is planning. Abigail Breslin, 20, is playing Baby and Colt Prattes is playing Johnny. Sarah Hyland, 25, and Debra Messing, 48, will also star. Jennifer admitted she was asked to have a role in the TV movie, but she felt it would be “sacrosanct” for her to appear and wouldn’t be “appropriate.”

HollywoodLifers, do you think Natalie, Ryan and Channing would be good choices for a Dirty Dancing remake? Let us know your thoughts below!