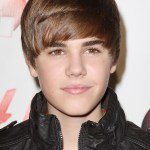 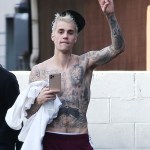 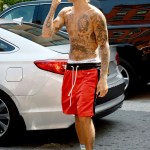 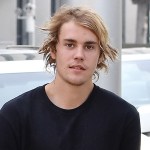 Bye, bye blonde locks! Justin Bieber showed off a huge hair makeover on October 10, as he arrived in London ahead of his concert. Do you love his new look?

Justin Bieber stepped off his private plane in London, England on October 10, showing off his new ‘do. Gone are his long, blonde locks. Now, he’s rocking a shorter cut with his natural, dirty blonde hair color. He looks so good!

The star was wearing glasses as he got off the plane — looking studious and sexy. He is set to perform at London’s O2 arena on October 11. After that, his Purpose tour travels throughout Europe until the end of November. Then he has a long break until next March! He deserves some rest and relaxation.

This natural haircut and color looks so good on Justin — it’s basically like throwback Justin! We love it.

This comes just a few days after Justin rocked a pretty insane get-up in Amsterdam. In an attempt to go unnoticed, he went out with a brown wig and mustache — instead, he caused more attention because he looked so ridiculous! Silly, Justin! Anyway, this look is much better.

HollywoodLifers, do you love Justin Bieber’s hair makeover? Do you prefer his short brown hair to his long blonde locks?