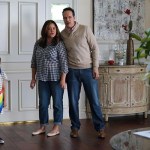 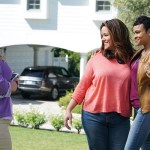 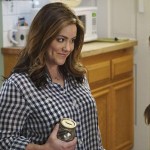 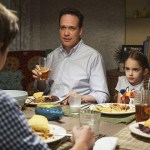 ‘American Housewife’ premieres tonight, Oct. 11, and it is TV’s sassiest new comedy. HollywoodLife.com talked EXCLUSIVELY with the cast at PaleyFest about how the show boldly handles body image, what’s coming up for their characters and more!

American Housewife doesn’t hold back. The show’s protagonist, Katie, played by Katy Mixon, 35, proudly dubs herself “the second fattest housewife in Westport.” Katie is self-deprecating to the max, but her confidence and charming personality is what makes her stand out amongst the Fitbit-loving, juice cleanse-obsessed moms in American Housewife. This show has so much heart, you’re going to fall in love instantly.

HollywoodLife.com asked Katy why she thought it’s taken so long for TV to have a show like this one, which tackles body image and class head-on.

“I’m not really sure,” she said. “I’m truly not sure. Maybe just because it’s time everybody’s just, like, it’s going to be OK if we’re not a size 2. It’s going to be OK. And so, I really don’t give it much thought because everybody is so beautiful in their own way. I truly believe that.”

American Housewife centers around Katie and her family. She’s got three kids — Anna-Kat (Julia Butters), Oliver (Daniel DiMaggio) and Taylor (Meg Donnelly) — of various ages, and they are all hilarious in their own way, especially when they go head-to-head with mom. Anna-Kat is very “quirky,” Oliver is “13 going on 30″and loves money, and Taylor is right in the throes of becoming a teenager. Over the course of the season, these three kids are going to be the source of a lot of hilarious headaches for Katie.

“You can definitely expect some crazy, unexpected things  happening in the show that kind of proves the dysfunction of the whole family,” Meg told us. “They’re very dysfunctional all the time. You can expect Oliver dealing with money somehow, Anna-Kat going crazy, and Taylor just rolling her eyes.”

HollywoodLifers, are you going to watch American Housewife? Let us know!