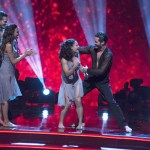 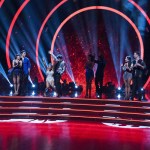 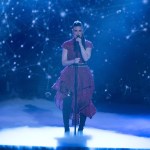 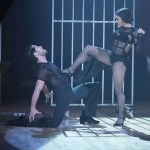 The competition is tough this season on ‘Dancing With The Stars,’ but Laurie is stellar, and a clear front-runner. Here is why she deserves to win.

Laurie Hernandez is fresh off her gold medal win at the Rio Olympics in August and is well on her way to becoming the mirrorball trophy winner on Season 23 of Dancing With The Stars.

Laurie, along with partner Val Chmerkovskiy, got the first perfect score of the season in week four, during the October 3 episode. The pair danced a Michael Jackson-inspired Jazz and it was AMAZING.

Dancing With The Stars — Season 23 PICS

I’ll be honest — in the past, I have spoken out against gymnasts who fans say “have an unfair advantage” in this dancing competition.

Of course, Laurie is very athletic and used to training long hours, but dancing is different than gymnastics. I was a figure skater as a kid, and everyone always used to ask me if I was great at rollerblading. What? No. It’s completely different.

If we’re going to say athletes have an advantage because of their physical ability, you could say Ryan Lotche or Calvin Johnson Jr. also have an advantage. I also think we are holding Laurie to a higher standard because we KNOW she is physically gifted, and she always has to live up to the perfection we saw from her at the Olympics.

Her performance quality is amazing — her week three tango and her week four jazz showed two very different sides of her abilities and personality.

I think she is a fast learner, a great performer, and a positive and cheerful presence on the show. I hope she wins!

HollywoodLifers, do you think Laurie Hernandez will win DWTS?