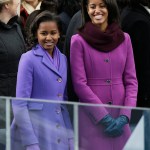 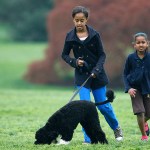 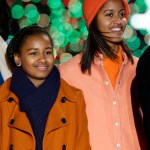 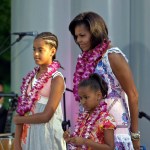 It’s a white (house) wedding! Sasha and Malia are set to be bridesmaids in a ceremony between Michelle Obama’s former assistant and President Obama’s former secret service agent, according to an Oct. 3 report — so exciting. Get all of the details right here!

Yep, Michelle and Barack Obama played matchmaker! The FLOTUS’ former assistant Kristen Jarvis is marrying President Obama‘s former secret service agent Shaun West, and the First Daughters will serve as bridesmaids in the ceremony, which TMZ reports is costing a small fortune — the couple has spent $300,000 on the wedding planner alone. Sounds like it’s going to be quite the event!

Ledisi, Eric Benet and Kenny Lattimore and DJ B-Hen will serve as entertainment, the site reports, and though Michelle will be in attendance with Malia, 18, and Sasha, 15, the President is not set to attend. The ceremony will take place at one of the ballrooms in the luxurious Bellevue Conference Center, which is about thirty minutes away from the White House. What we wouldn’t give to be in the room where it happens!

Kristen described Sasha as “one of the sweetest and down-right coolest people” on her wedding website, which requires a password to view, via Daily Mail. “If you know me, you know my love for this chica right here. I’ve known Sasha since she was three years old, and I couldn’t be more proud of the young woman she has become. She has had to endure more than most will in a lifetime, and she has handled life thus far with such grace and humility,” the bride-to-be reportedly said. “Sasha and I have had a big sister/little sister relationship since the very beginning and there is nothing I wouldn’t do for this girl — and I know she would do the same for me.” So sweet!

HollywoodLifers, do you think it’s cute that Sasha and Malia will be part of a White House wedding? Tell us!