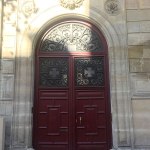 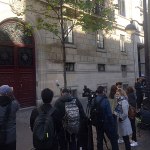 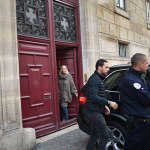 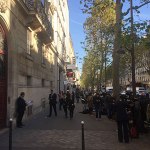 Kim Kardashian’s frightening attack in Paris has at least one upside. The awful Oct. 3 ordeal has strengthened her relationship with hubby Kanye West, as we’ve learned, and the bond between the power couple is now indestructible. Here’s the scoop!

A source tells HollywoodLife.com EXCLUSIVELY that being held and robbed at gunpoint has changed Kim Kardashian, 35, and Kanye West, 39, forever. “This incident has humanized them both in a way they haven’t seen in each other,” the insider reveals. “Actual tears were shed; actual emotion has been happening that they hadn’t previously seen from each other,” the source adds. Stars don’t often show their true feelings in public, but we can imagine that it was quite the heartfelt reunion between Kim and Kanye when she first got back in his arms after returning to American soil. Who wouldn’t cry after all of that?

“The robbery was the catalyst,” the source continues, explaining that Kim is grateful for Kanye’s love and care now more than ever. “It has strengthened their relationship to a point where it is so strong, it is now unbreakable.” Talk about a silver lining!

Finally, Kim and Kanye are taking the attack seriously, the insider shares. It’s been pretty smooth-sailing for the reality star and the rapper so far, but this was a wake-up call. “This is the first time they have realized they could have lost each other forever and they are not handling that lightly,” the source explains. It’s awful that the crime happened, and we’re so glad that Kim is physically okay and has such a good support system in Kanye.

HollywoodLifers, what do you think of Kim and Kanye’s relationship improving after the scary Paris situation? Tell us if you’re glad they’re stronger than ever!